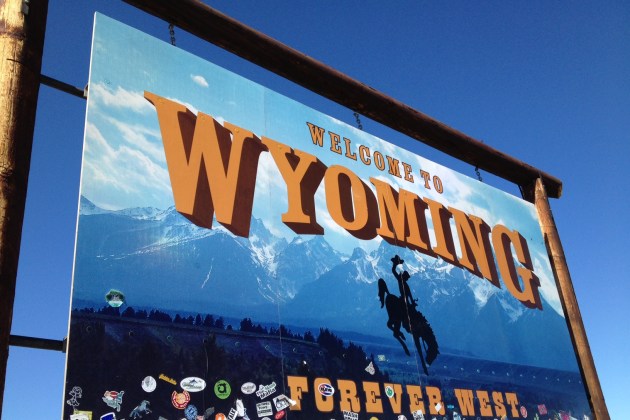 Wyoming Cannabis Gets A New Face

Wyoming’s relationship with weed could be a key theme in 2017.

The state’s chapter of the National Organization for the Reform of Marijuana Laws (NORML) kicked off the year by appointing a new director — a former mayor and two-term Republican state legislator who said he’s “not going to quit” until his home state legalizes medical marijuana and hemp cultivation.

And as of Thursday, at least five marijuana- and hemp-related bills have been proposed in the state legislature.

Among the 430-plus bills introduced in Wyoming’s 2017 General Session are:

• two measures aimed at lessening some penalties for marijuana possession (HB-0157) — one includes some steeper penalties for subsequent offenses (HB-0197);

• one that would allow for hemp extracts (HB-0081) to be used for the treatment of certain medical conditions in adults and children;

• another that would grant “reciprocity” by making it lawful for a person to possess marijuana (HB-0247), provided he or she has a medical marijuana card from their state of residency and the amount follows that state’s guidelines;

• and one to authorize industrial hemp farming for research purposes (HB-0233).

There are rumblings that at least one other bill may be coming — one that could address Wyoming NORML’s petition for medical marijuana and hemp cultivation, said Frank Latta, a longtime Wyoming politico who became the organization’s director on Jan. 1.

“This would be a bill that I really believe has some medical benefit for some people who really need it terribly instead of overusing the opiates,” Latta said Thursday in an interview with The Cannabist. “I also think there’s … a very overlooked part of this and that’s the economic development side of hemp. I think that’s wide open.”

Latta’s new role marks a makeover for the NORML chapter at a time when public support for marijuana reform is on the rise, reported the Casper Star-Tribune earlier this week:

He said he is interested in building relationships with lawmakers and the public. Latta describes members of the Legislature as old friends. He is happy to chat with the press and sticks to the facts during interviews.

Latta said he will stay in Cheyenne for the duration of the legislative session, expected to continue through early March. He plans each day to visit with lawmakers.

The 62-year-old Wyoming native now stands on the other side of the dais trumpeting a cause he never expected to tackle.

“I knew that I was going to catch a little bit of heat for this,” Latta told The Cannabist of his support for medical marijuana.

But for him, it’s a personal story that he shares with others.

Latta, who was diagnosed with multiple sclerosis in 1978, had traveled to Billings, Mont., a few years back to seek treatment for symptoms such as the spasticity in his legs. The doctor there suggested medical marijuana as a potential therapy.

The medical marijuana card would be good in Billings, but Latta declined. It was illegal in his home state, he said.

He later saw another physician in Casper and that doctor prescribed clonazepam, a drug to treat seizures. Latta took the drug — what he was told was the best option available — and then stopped after an MRI showed his MS was dormant.

But then he started sweating; he couldn’t eat; he couldn’t sleep. He was going through clonazepam withdrawal.

WyoFile, in an in-depth special report last year on the state’s actions toward marijuana, was the first to report Latta’s experiences and subsequent push to legislators:

He called his doctor. “You should have died or at least gone into seizures,” he recalls the doctor saying.

Latta was addicted — courtesy of a doctor’s legal prescription. He had to get back on the drug and is now tapering use to avoid harsh withdrawal symptoms. What he’d really like to do is treat himself with cannabis, widely recognized as benefiting MS patients. But that’s illegal in Wyoming. Simply put, his former colleagues in the Legislature won’t let him have the medicine he needs to live more comfortably.

Wyoming lawmakers are OK allowing people to take addictive opioids and his habit-forming medicine, known as a benzodiazepine. But not pot. “It’s OK for me to get hooked on heroin,” Latta says, “but it’s not OK for me to take a derivative of cannabis.”

Latta told The Cannabist that while he’s optimistic for legislative action on this topic, he’s also realistic. He’s been through this rodeo before and knows how it goes.

“Government, especially in Wyoming, is designed to move slow,” he said. “And it does. It moves very slow, and there’s some good reason for that.

“I’m not going to be totally disappointed (if the NORML petition is not represented in a bill) … but this is just the beginning. I’m not going to quit until we get this done.”