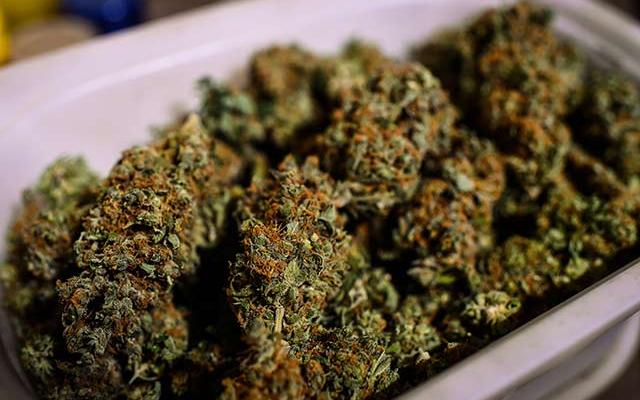 Will Michigan Voters Get to Decide on Legal Marijuana in November?

Michigan voters may have the rare opportunity in the upcoming November election to decide whether the state should legalize marijuana for recreational purposes. That is as long as MILegalize, the group fighting to get an initiative in front of the people, has successfully managed to secure the signatures needed to qualify for the next phase of its campaign, and if it can avoid being sabotaged by the actions of the state legislature.

On Wednesday, organizers with the MILegalize crusade reportedly submitted more than 350,000 petitions to the Michigan Secretary of State’s office in hopes of qualifying the necessary 252,523 signatures it’s going to take to earn a spot on the November ballot. However, there is a distinct possibility that the majority of the signatures the group has collected in 2016 could be disqualified due to a piece of legislation currently lingering on the desk of Governor Rick Snyder asking for clarification to the 180-day limit the law is supposed to allow for signature collecting campaigns.

“We were the only one who filed, so we’re just going to wait and see what the Bureau of Elections does,” Jeff Hank, executive director of MILegalize, told reporters during a press conference outside the Secretary of State’s office. “Governor Snyder hasn’t signed the bill yet, so we’ll kind of wait and see.”

Not only does it appear that MILegalize is flying by the seat of its pants with respect to the next stage of its campaign, but from the way it looks, no one is really certain whether the push to illuminate the state’s signature collecting polices would have any impact on the group’s movement to bring down prohibition across the state.

A report from the Associated Press indicates that neither Governor Snyder’s office nor the Secretary of State seems to know whether the bill, if signed into law, would even apply to the MILegalize initiative. At this point, Snyder still appears to be on fence about giving the legislation any consideration at all. But if he does sign the bill, and the powers that be end up castrating the MILegalize campaign, organizers have said from the beginning of all this 180-day-window-business that they will fight it out in court.

“We don’t think the 180-day rule is going to be applied, and if it is, then we’ll definitely fight for every signature we’ve got,” said Hank. “We’re preparing (for litigation), but we hope it’s not necessary.”

Although it seems the fate of marijuana legalization in Michigan could be at the mercy of state controls, there is also the possibility the MILegalize campaign could end up being counted out by its own inability to secure enough valid signatures. Two weeks ago, attorney Matthew Abel, who sits on the board of directors at MILegalize, told HIGH TIMES that despite a press release issued by the campaign claiming to have “over 300,000 signatures,” the group only had about 240,000 verified signatures in hand – around 13,000 short, even without a buffer, of making it on the ballot. Abel said, at the time, the group was still trying to raise another $200,000 to collect the remaining signatures, with the help of paid petitioners, before the June 1 deadline.

This morning, Abel explained that the 350,000 signatures MILegalize submitted to the Secretary of State were “rough,” which means state election officials will still need to review the petitions in order to determine whether there are enough valid signatures there to advance the initiative to the ballot.

If all goes according to plan, Michigan voters would get to decide this November whether to legalize marijuana in a manner comparable to what is currently underway in states like Colorado and Washington – making Michigan the first state in middle America to allow adults 21 and over to purchase weed from retail outlets similar to how they have been doing for decades with respect to alcohol.