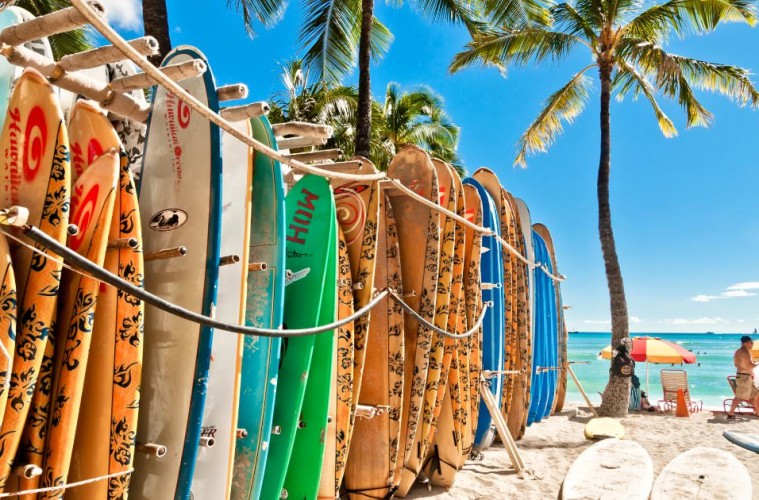 In 4 months medical marijuana dispensaries will open in Hawaii, business owners will face some obstacles in the state however.

Dispensaries will be allowed to open from July 15th but experts say that there will challenges that people in other states have yet to see. There will be a ban on inter-island transport and a limit on the number of growers, both of which could see shortages. There is a lack of laboratories that can test the crops too.

“Hawaii is going to be a really interesting market in general, basically because of the geography,” said Chris Walsh, managing editor of Marijuana Business Daily. “First, it’s a chain of islands separated by bodies of water, and second, it’s remote.”

The Hawaii Department of Health is reviewing dispensary applications at the moment and plans to award licenses in April. Actor and marijuana advocate Woody Harrelson and video game designer Henk Rogers are among 59 Hawaii residents who have applied for licenses.

Under a law passed in 2015, Hawaii will grant eight licenses for marijuana businesses, each of which can have two production centres and two dispensaries. Three licenses will be awarded for Oahu, two for Hawaii Island, two for Maui and one for Kauai.

Because the law has banned inter-island transport, that means that each island will have its own distinct microeconomies. This could lead to shortages and until a lab is built on each island, some dispensaries may not be able to start selling even when the law is approved.

All medical marijuana must be tested in a state-approved laboratory before it’s sold, but currently, there are none in Hawaii. Some worry that high startup costs and low patient numbers will prevent laboratories from opening on rural islands.

“Clearly, not every island can support a full-on laboratory,” said Pam Lichty, president of the Drug Policy Action Group.

In response, Hawaii lawmakers are considering whether to allow marijuana to be transported to another island if a laboratory isn’t available. Rep. Della Au Belatti, who introduced the bill, said lawmakers are trying to figure out how to get around federal laws that prevent marijuana from being transported by sea or air. She said she asked state agencies to look at other state policies for answers.

Some airports in Washington, Oregon and Alaska allow travelers to fly with marijuana, airport officials told The Associated Press. They said the Transportation Security Administration sends travelers with marijuana to local law enforcement officers, who allow people to board flights carrying legal amounts under state law.

However, the Federal Aviation Administration is required to revoke pilots’ licenses if they knowingly commit a federal crime involving a controlled substance on an aircraft — for instance, transporting marijuana.

Medical marijuana advocates in Hawaii say patients would benefit from relaxed laws on inter-island transport. For instance, a crop failure on Kauai, with only one license, could leave patients without medicine for months.