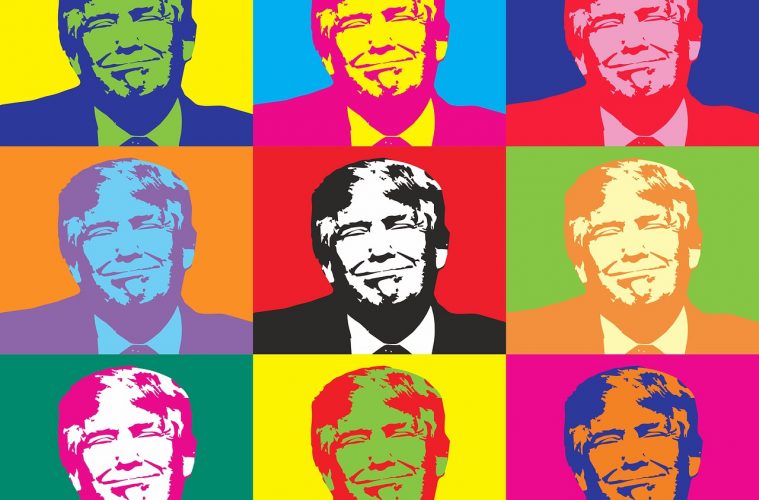 Why A Trump Presidency Incites Fear In Marijuana Advocates

Americans pleased with the country’s progress toward marijuana legalization should be wary of a Donald Trump presidency, cannabis advocates say.

Their reason: The possibility that New Jersey Gov. Chris Christie (R), one of the country’s most outspoken anti-marijuana elected officials, would be Trump’s attorney general.

Trump told Denver NBC affiliate 9News on Friday that marijuana policy should be “up to the states.” But his close relationship with Christie, an early Trump endorser and former U.S. attorney likely to be on Trump’s short list for attorney general, is giving pause to activists familiar with Christie’s record.

Chris Goldstein, a columnist for Philly.com and communications director for Philly NORML, the Philadelphia chapter of the National Organization for the Reform of Marijuana Laws, said Christie “would really be the one running that White House and that would be awful for legalization.”

“Donald Trump will say anything to get elected. He really has not been able to pin down a position on this issue,” Goldstein told HuffPost at a Democratic National Convention marijuana welcome party last week at Connie’s Ric Rac, a bar in South Philadelphia’s Italian Market. “Chris Christie is the most vocal anti-marijuana voice in America today ― literally.”

Christie, while campaigning for president a year ago, said Colorado residents who smoke marijuana should “enjoy it” now, because he would enforce federal laws against marijuana on states that have legalized it. In March 2015, he called tax revenue generated from the sale of recreational marijuana “blood money.”

A May study released by New Jersey Policy Perspective, a progressive think tank, and New Jersey United for Marijuana Reform, a coalition of groups backing legalization in the state, estimated that legalizing recreational marijuana and taxing it at a rate of 25 percent would create $300 million in annual sales tax revenue. That $300 million happens to be the amount of spending on early childhood education, property tax rebates for seniors and other programs that Christie vetoedin a budget approved on June 30.

“We are dealing with an enormous budget deficit where our bridges and roads are falling apart,” said Ari Rosmarin, the public policy director of the American Civil Liberties Union of New Jersey. “That is money that our state needs. Yet that’s so-called blood money that he is happy to see the illegal market take in.”

Christie has not presided over a specific policy change tightening New Jersey’s enforcement of marijuana laws. But under his leadership, state law enforcementmade a record 24,765 arrests for marijuana possession in 2013, and 24,689 in 2014. By contrast, there were 20,347 arrests for marijuana possession in neighboring Pennsylvania in 2014, even though the state has a much larger population.

“The numbers don’t lie,” the ACLU of New Jersey’s Rosmarin said. “To the extent that his public comments can set a culture for law enforcement in the state, they would set one that favors aggressive enforcement of marijuana possession.”

Brian Murray, a spokesman for Christie, rejected that characterization and said New Jersey “has been recognized nationally for its declining prison population.”

“Under Governor Christie, programs have been developed that deal with addiction as a disease and return people to productive lives after recovery rather than locking them up,” Murray said.

New Jersey state Sen. Nicholas Scutari (D), a Clinton delegate, introduced the law legalizing medical marijuana in New Jersey, which then-Gov. Jon Corzine (D) signed shortly before Christie took office. Christie told Scutari he would not have signed it, according to the lawmaker.

“I don’t think that bodes well” for a Trump administration with Christie in a key role, Scutari said at the DNC marijuana party.

“Everybody thought the state passed a good law until Gov. Christie got his hands on it,” Rosmarin said. “Many patients have abandoned the medicinal system and gone back to the illegal market to get the medicine they need.”

Murray said the controls were designed to prevent the medical marijuana program from becoming “a back door to legalization.”

“The program is medically based with provisions to expand coverage for different diseases in an orderly and scientific process,” Murray said. “But the Governor is adamant that marijuana used outside medical purposes is a gateway to harder drugs.”

Murray wouldn’t answer questions about Christie’s position on marijuana, in light of Trump’s remarks on Friday, but pointed to past comments. The Trump campaign did not respond to a request for comment.

Democratic nominee Hillary Clinton would reclassify marijuana from a Schedule 1 drug, the most severe prohibitive category, to Schedule 2, which would enable much greater research on marijuana’s medical uses, according to her campaign website. Clinton has said she respects the rights of states to legalize it, but wouldlike to learn more about the results of those efforts before decriminalizing the drug nationwide.

The Democratic Party platform also calls for re-scheduling marijuana as a move toward “providing a reasoned pathway to future legalization.”

N.A. Poe, a local comedian and marijuana activist who organized the DNC cannabis party, is the Libertarian Party’s candidate for Pennsylvania attorney general. He said he plans to mobilize marijuana activists behind Clinton, because of his disdain for Trump and his fear of how Christie would affect marijuana policy in a Trump administration.

“If Chris Christie gets to be attorney general of this country, then I am going to be in Brazil smoking a joint this big and just relaxing on the beach,” Poe joked, spreading his hands apart.