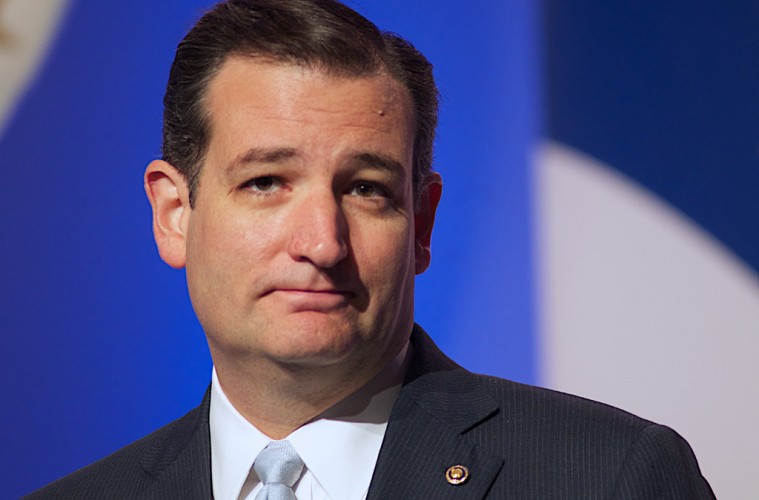 Who Will Be The Next Attorney General?

As president-elect Donald J. Trump starts to fill out his Cabinet, a new name has emerged in the swirl of speculation of who will serve as Attorney General — a role that could prove heavily influential in the future of the U.S. cannabis industry and marijuana legalization movements.

Trump is weighing the selection of Republican Sen. Ted Cruz, of Texas, to head the U.S. Department of Justice, according to a Bloomberg report that cited an unnamed person familiar with the situation. Cruz, who was unsuccessful in a bid to secure the Republican nomination for president, met with Trump on Tuesday in New York, according to numerous media outlets, including the Dallas Morning-News.

The details of the discussion and what role, if any, Cruz may have in the new administration was unclear. The speculation even included Sen. Lindsey Graham suggesting Cruz could fill the vacant Supreme Court seat, South Carolina news outlet KYFF-TV reported.

The potential appointments of Christie or Giuliani could result in a reversal of the “hands-off” enforcement policy of the federal government established in the 2013 Cole Memo, marijuana industry members and drug policy analysts have said. However, both now appear to be unlikely candidates, The Washington Post reported, noting that Christie has been replaced as head of Trump’s transition team and Giuliani said “I won’t be attorney general,” at a Wall Street Journal event.

Others rumored to take over Loretta Lynch‘s role as Attorney General also haven’t been too friendly to marijuana and laws related to its legalization. Sessions, at a Senate caucus hearing in 2014, called marijuana “dangerous” and said that “good people don’t smoke marijuana.”

Cruz has opposed legalization efforts in the past, but appeared to have softened his stance in recent years.

In 2014, Cruz criticized the Obama administration for allowing states such as Colorado and Washington to establish recreational marijuana laws. During a keynote speech at the Texas Public Policy Foundation’s Policy Orientation, Cruz said:

“A whole lot of folks now are talking about legalizing pot. The brownies you had this morning were provided by the state of Colorado.

“Didn’t change the law. You can go to Congress. You can get a conversation. You could get Democrats and Republicans who would say ‘We ought to change our drug policy in some way,’ and you could have a real conversation. You could have hearings, you could look at the problem. You could discuss commonsense changes that maybe should happen or shouldn’t happen. This president didn’t do that. He just said, ‘the laws say one thing’ — and mind you, these are criminal laws, these are laws that say if you do X, Y, and Z, you will go to prison. The president announced, ‘No, you won’t.’”

A year later, Cruz changed his tone, The Washington Post reported. In response to a question from Fox News commentator Sean Hannity at the Conservative Political Action Conference, Cruz said: “I actually think this is a great embodiment of what Supreme Court Justice Louis Brandeis called the laboratories of democracy. If the citizens of Colorado decide they want to go down that road, that’s their prerogative. I don’t agree with it, but that’s their right.”

Earlier this year, Cruz told The Denver Post that he opposes legalization but believes the U.S. Constitution allows “states to experiment.”

“The people of Colorado have made a different decision,” Cruz said during the GOP convention. “I respect that decision. And actually, it is an opportunity for the rest of the country to see what happens here in Colorado, what happens in Washington state, see the states implement the policies, and if it works well, other states may choose to follow. If it doesn’t work well, other states may choose not to follow.”