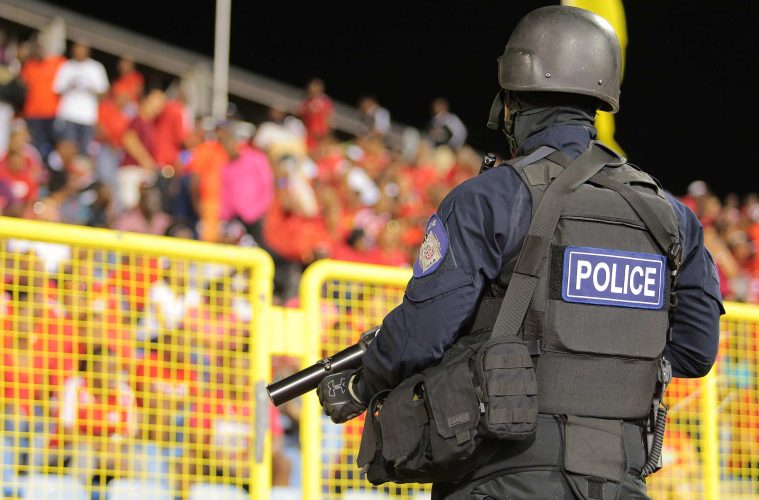 White house to reconsider ban on military gear for police

Amid a growing sense of crisis here in the United States, comes the unwelcome news that the White House will reconsider its May 2015 ban on police forces getting armored vehicles and similar military gear from the Defense Department.

The leaders of two police organizations boasted of this to Reuters on July 21.  The named sources are Jim Pasco, executive director of the Fraternal Order of Police, and Bill Johnson, that of the National Association of Police Organizations. The ban was instated following a public outcry over use of the military-grade riot gear by police in Ferguson, Mo., and other cities in protests against police brutality.

At the meeting, law enforcement leaders urged Obama to reinstate the transfers of military equipment. “The White House thought this kind of gear was intimidating to people, but they didn’t know the purpose it serves,” said Pasco, noting that a grenade-launcher can also launch tear-gas. (Nah, nothing intimidating about tear-gas canisters being fired from grenade-launchers!)

At Obama’s request, White House legal counsel Neil Eggleston will review the ban, Pasco and Johnson told Reuters. A White House official added that the administration regularly reviews what military gear can be transferred to police forces, and that current rules ensure police get “the tools that they need to protect themselves and their communities while at the same time providing the level of accountability that should go along with the provision of federal equipment.”

Pasco especially has become a high-profile advocate for unleashing the police from restraints and oversight since the emergence of the Black Lives Matter movement. As the Washington Post noted last year, he wants to make it illegal for citizens to record police activity on their cell phones. He even supported a now-repealed Illinois law that made recording an on-duty police officer a felony on par with sexual assault—punishable by 15 years in prison. This is not exactly a helpful attitude when even Amnesty International has taken note of the wave of police killings in the United States in recent years.

And this development is especially ominous in light of the fascistic Republican presidential candidate. If Obama gives these top cops what they want, he could be setting up Führer Pendejo to hit the ground running with domestic repression in January.

Let’s hope he doesn’t cave in.