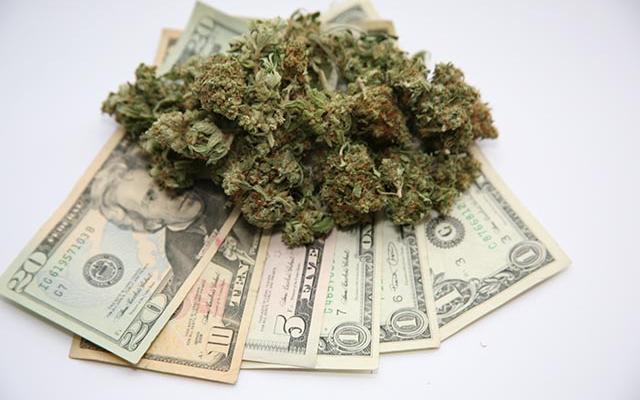 What Will A Tax Hike Mean For Colorado Cannabis Consumers?

Cannabis consumers could be paying more Colorado marijuana tax come July 1. As with any proposed tax increase, the prospect has been met with some concern amid the news that one of the state’s pot taxes would increase 50 percent.

At issue is a proposal floated this week by Colorado Gov. John Hickenlooper that would raise the special sales tax on recreational marijuana products to 12 percent on the date it was scheduled to drop to 8 percent from its current 10 percent.

Unaffected would be the 15 percent excise tax on cultivators, the 2.9 percent standard state sales tax and any local sales taxes.

“So the buyer won’t be paying 50 percent more in (state) taxes,” said Chris Stiffler, economist at the Colorado Fiscal Institute. “For example, on a $20 pack of edibles, you’re probably talking about another dollar in taxes.”

But what does this tax uptick mean when put in the broader context of Colorado’s high-flying, record-setting marijuana industry? Here’s a look at how this may play into factors such as supply and demand, black market pull, pricing, end costs and the state’s short- and long-term fiscal strategies.

What’s behind the proposed tax bump?

The Colorado Legislative Council previously projected marijuana tax revenue to be $193.9 million for the fiscal year 2017-2018, which starts July 1.

Separately, the 15 percent excise tax on wholesale marijuana transfers is earmarked for schools, with the first $40 million going to capital construction projects and any excess deposited into the public school fund.

Could this increase end up stifling sales in the legal industry?

The interplay between supply, demand, pricing and taxes is a delicate dance.

If taxes are too high, then regulated markets might not achieve the necessary pull from the black market. If they’re too low, the benefits for state programs take some hits.

If the special sales tax does end up climbing to 12 percent on July 1, it would represent a 2-percentage-point increase from what consumers are paying now.

While it’s not yet known what effect the other newly recreational-use states may have on Colorado, the cannabis industry here likely won’t suffer a major blow from this proposed increase, Stiffler said.

“I don’t see sales tapering off,” he said. “I see sales continuing their strong trajectory.”

How would the proposed increase affect consumers at the cash register?

According to information provided from cannabis sales-tracking firm BDS Analytics, as of November 2016, the per-gram cost of flower was $5.57, edibles were $14.87 and concentrates were $26.30.

For customers paying the standard 2.9 percent sales tax and the proposed 12 percent rate, that would mean a per-gram tax increase of 11 cents for flower, 30 cents for edibles and 53 cents for concentrates.

How high could this special sales tax go?

Under Proposition AA — a 2013 measure establishing two new state taxes on marijuana — voters gave the state legislature the flexibility to increase or decrease the special sales tax and the wholesale excise tax so as neither exceeded 15 percent.

Could the funding gap be filled by increasing other “sin taxes?”

Colorado’s alcohol taxes are among the lowest in the nation, Stiffler said. The state’s excise taxes on liquor ($2.28 per gallon), wine (28 cents per gallon) and beer (8 cents per gallon) all sit well below national averages of $3.75, 69 cents and 20 cents, respectively, according to a breakdown from the Tax Policy Center.

While low taxes help to encourage flourishing craft beer and spirits markets, Stiffler said, there also could be perceived room for higher taxes. The hurdle there would be getting permission from voters to raise their taxes on beer, he said.

So, considering voters already gave their blessing for potentially higher marijuana taxes, those are seen as an easy, quick source of additional revenue for the state, Stiffler said.