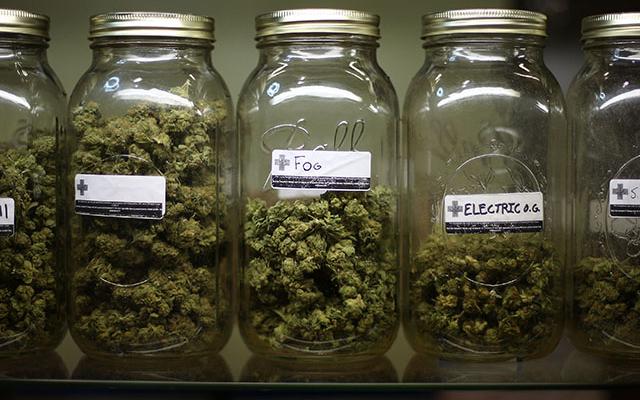 What is the perfect cannabis industry job?

While the minimum wage debate rages on across America, there is a growing trend of marijuana-based job opportunities and advertisements for them. Everything from bud pickers, to grow room rentals, to clinics seeking qualified medical marijuana doctors and receptionists, are being offered on your local Craiglslist and elsewhere.

Employment opportunities in marijuana’s private sector are to be taken quite seriously, in a land where hotel maids and burger flippers have to fight to earn a living wage and millions of people work full time, yet live below the poverty line.

A recently posted Denver, Colorado Craigslist ad for hiring marijuana trimmers and harvesters offered $12 – $15 per hour, while in Palm Beach County, Florida, an ad was placed for a lead generator (i.e., earn $20 – $30 per hour by getting leads for a medical marijuana clinic), with no experience necessary.

While HIGH TIMES magazine was the first periodical of its kind, dedicated to a love of all things mary jane, copy cats such as Marijuana Venture have crawled out of the woodwork to capitalize on a no-longer taboo marketplace.

Forty-three years after our first publication, a market oversaturated by bandwagoneers and newer websites, such as 420 Careers and Cannajobs, have cropped up—specifically to offer career listings.  Marijuana-friendly career and goal oriented individuals can openly seek supportive places to work in an ever-growing and no longer hidden community.

Some of the jobs are a little out of the ordinary, but that’s probably what draws many previously considered counter-culture workers to cannabis jobs. Whether they have worked with marijuana in the black market, or just want an alternative to the standard cubicle job, or even worse, the new open office (read: lack of privacy) trend, thousands are trying to get in where they fit in.

Some fun opportunities are out there for the right individual. Heavy Hitters is looking for a brand ambassador.

Cannabis company Terra Tech Corp’s CEO, Derek Peterson, told Forbes that a lot of people in the 40-50 age group have been aged out of the traditional workforce and are looking for an alternative.

While some positions, like dispensary managers, overlap more traditional jobs, such as retail store managers, or traditional chefs expanding their horizons to cook with cannabis, other jobs like bud trimmers are truly unique to the emerging marijuana market.

Here are some of the most lucrative jobs in the industry, where you can potentially earn a six-figure salary.

Most people think of marijuana primarily in the smokeable form; however, marijuana extracts are quickly overtaking the bud business. As such, “extract artists” have a unique skill set. Some states, like New York, have only legalized medical marijuana in the extract form. While there are expensive machines that do the actual extraction, it requires a person with the experience and expertise to make sure the product being delivered to a patient is exactly what it is supposed to be, with minimal variations.

These days, everyone and everything has a publicist. The myriad of companies in this emerging industry will need plenty of spokespeople and flaks. Pot and its products always need better PR (especially while it’s under attack from police spreading fake fentanyl tales). One such firm, NisonCo PR & Consulting, has represented various top-tier, global cannabrands from Dr. Kerklaan Therapeutics to Seedo.

While the entry-level bud trimmer positions offered on Craigslist may not appear to have major earnings potential—it tends to be the lowest paid job in the industry—some pickers get paid by the pound, which can run to $100-$200 a pound.

Trimming the buds from the stems with little scissors may seem monotonous, but it beats working at Wendy’s, and it’s an opportunity to get in on the ground floor of a growing business and work your way up the green ladder to stoner success.