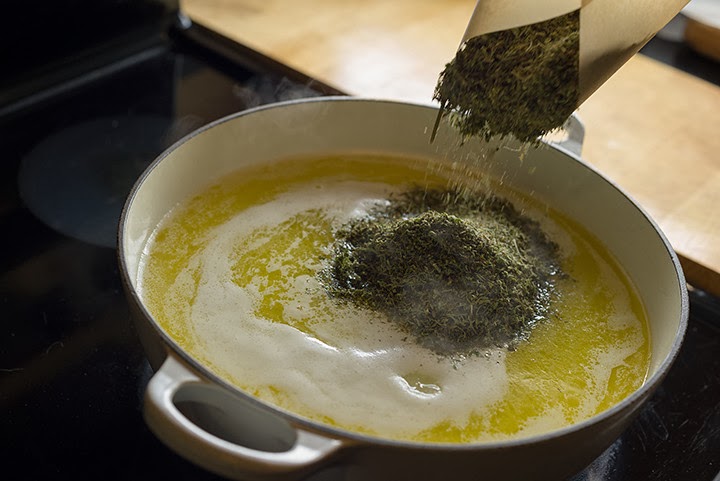 Were two Michigan cops breaking the law with having pot butter?

The Michigan Supreme Court wants to hear more about pre-dawn visits to the homes of two Kent County jail officers who were charged with possessing cannabutter.

Todd VanDoorne and Michael Frederick say a Grand Rapids-area drug team didn’t have a search warrant in 2014. They say they felt compelled to cooperate because they’re officers, too.

They had medical marijuana cards, but prosecutors said they still violated the law.

In an order Friday, the Supreme Court is asking lawyers to file briefs on whether so-called knock-and-talk procedures used by deputies violated the rights of VanDoorne and Frederick. The court also wants the parties to address whether the conduct was coercive.

A Kent County judge and the state appeals court found no problem with the searches.