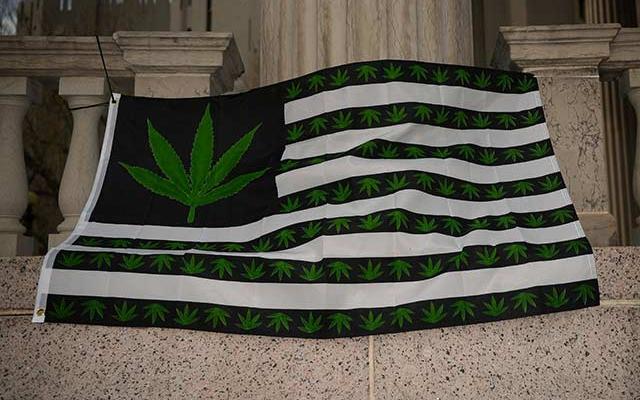 WeedWeekly’s legal round up of the week

The fight to legalize marijuana in the United States keeps moving forward. Some of the biggest news of the week comes from Washington D.C, where the U.S. Senate has taken action to allow banking services for the cannabis industry. Other highlights include a push in Pennsylvania to legalize marijuana for recreational purposes, as well as support in the New Jersey General Assembly to give people suffering from PTSD access to medical marijuana.

Federal: U.S. Senate Approves Marijuana Banking
The cannabis industry is on the verge of finally gaining legitimate access to banking solutions. Last week, the U.S. Senate Appropriations Committee approved an amendment to a Financial Services bill that would prevent federal funds from being used to go after banks that chose to work with marijuana-related businesses. The amendment must now go before the full Senate, and the House must approve similar language before the rider has a fighting chance at being attached to the Fiscal Year 2017 federal budget. A similar amendment was passed last year, but it was not included in the full budget package.

Pennsylvania: Discussion Over Increased Marijuana Fines
Pennsylvania lawmakers are working to increase the penalties associated with marijuana possession. The House Judiciary Committee heard a bill (HB1422) last week that would penalize the offense with fines reaching $1,000, which has pot advocates pushing for legislative forces to consider a common sense decriminalization measure instead. Representative Ed Gainey has submitted such a bill, which aims to eliminate the criminal penalties for minor pot possession by replacing them with a $100 fine – putting the state in line with the decriminalization ordinances passed in Philadelphia and Pittsburgh. Advocates are hoping lawmakers will either amend HB1422 to come with lower fines or simply switch gears and throw their support at the proposal brought to the table by Representative Gainey.

Pennsylvania: Decriminalization Measure Advances in Harrisburg
Harrisburg is one step closer to eliminating the criminal penalties associated with the possession of marijuana. The City Council recently made some amendments to a proposal brought forth by Mayor Eric Papenfuse that would simply penalize anyone caught in possession of small amounts of weed with a small fine — $75 for possession and $150 for public consumption. The proposed ordinance is scheduled to go up for a vote at the end of the month.

Pennsylvania: Lawmakers Push to Legalize Recreational Marijuana
A Pennsylvania lawmaker is ready to legalize marijuana for recreational purposes. Representative Jordan Harris says he plans to introduce a piece of legislation soon that would allow weed to be sold in liquor stores all across the state. Harris is now searching for co-sponsors for his bill, which already has the support of union leaders.

“During this difficult budget time, we are desperately trying to balance the budget by fixing our structural deficit, in addition to making critical investments in education and other essential programs,” Harris wrote in the memo. “I believe my legislation could provide the much-needed tax revenue to help with our funding issues.”

Missouri: Decriminalization Effort Green Lit for Kansas City
Kansas City voters may soon get to decide whether to eliminate the criminal penalties for small time pot offenders. According to NORML, “the local chapter of the National Organization for the Reform of Marijuana Laws has received approval to move forward with a municipal initiative to decriminalize marijuana possession offenses.” The proposal would create a local ordinance that treats the offense—currently a criminal misdemeanor—as a civil infraction punishable with a $50 fine.

Michigan: MILegalize Still Fighting for Spot on November Ballot
Although the Michigan Board of Elections recently disqualified an initiative by MILegalize aimed at legalizing recreational marijuana, the group is now preparing to file a lawsuit against the state in hopes that the courts will give organizers the green light to proceed with the next phase of the campaign. At the heart of the controversy is a new law clarifying a 180-day window for groups to collect the necessary signatures for ballot measures. Technically, MILegalize’s time ran out at the end of December 2015 – putting them over a hundred thousand signatures short of making the ballot. If the lawsuit proves successful, however, voters would get to decide this fall whether to legalize weed in Michigan in a manner similar to what is going on in Colorado.

North Carolina: House Approves Industrial Hemp Study
North Carolina could soon be one of the next states to legalize a number of industrial hemp pilot programs. Last week, House lawmakers approved a measure that would allow universities to cultivate hemp for research purposes. If the bill goes the distance, it would strengthen a 2015 law that legalized hemp and created the Industrial Hemp Commission. Reports indicate that North Carolina State University is enthusiastic about getting involved with the state’s hemp programs.

Arizona: Marijuana Supporters Fight to Stop Legalization
Although Arizonans for Mindful Regulation recently suspended its campaign to legalize marijuana, the group is now working to sabotage a ballot measure supported by the Campaign to Regulate Marijuana Like Alcohol (CRMLA). The group fell thousands of signatures short of qualifying for the upcoming November ballot, making the decision to pull the plug on its campaign and retool for 2018. But the group is not impressed with the details of the CRMLA initiative, which is supported by the Marijuana Policy Project, so they are hoping to convince the voters to go against the measure when it comes time to decide on legal weed this November.

New Jersey: Bill Advances to Add PTSD to Qualified Conditions
New Jersey lawmakers are pushing to add PTSD to the state’s list of qualified conditions. A proposal seeking to expand the medical marijuana program by including this common anxiety disorder was passed by the full Assembly last Thursday in a vote of 55-to-14. Unfortunately, the measure stands to be snuffed out by Governor Chris Christie who has resisted medical marijuana expansion efforts, in the past, over concerns that any advancement would be a stepping-stone to full legalization.

Arkansas: Competing Marijuana Legalize Initiatives Possible
Two competing proposals aimed at legalizing medical marijuana could appear on the November ballot. Arkansans for Compassionate Care says it has more than enough signatures to qualify, while an initiative supported by Little Rock attorney David Couch claims to be at the halfway mark. The organizations are concerned about the possibility that both measures will go in front of voters this November, causing enough confusion to ensure an overall failure. All of the signatures for these two campaigns must be collected by July 8. There is a possibility that a third proposal (The Arkansas Cannabis Amendment) could make it on the ballot this year, one that seeks to legalize marijuana for medicinal and recreational purposes, which could mystify Arkansas’ voters even more. There is no word whether any of the groups plan to unify in an effort to pass a single proposal.

Montana: Pot Advocates Ask Court to Delay Medical Marijuana Restrictions
The Montana Cannabis Industry Association filed a motion last week in District Court asking to delay the enforcement of new medical marijuana restrictions set to take effect in August. The organization is hoping to get a stay on this action until either the U.S. Supreme Court offers an opinion on the appeal or until the outcome of an initiative is realized after the November election. The Attorney General’s office has said that it is not opposed to the group’s request.

New York: Legislation Advances to Seal Past Marijuana Convictions
The New York State Assembly voted last week 99-to-42 in favor of a measure that would seal the criminal records of those busted for simple possession of marijuana. The bill (A10092), which was introduced by Assembly member Crystal People-Stokes, is intended to prevent people with these types of convictions from missing our on fair access to education, employment and housing opportunities.

“I introduced the marijuana sealing bill because drug laws have created a permanent underclass of people unable to find jobs after a conviction,” said Peoples-Stokes. “One of the most damaging issues derived from the war on drugs is that the policies are inherently racist. Communities of color have been devastated by bad drug policies and hyper-criminalization for the last 40 years.”