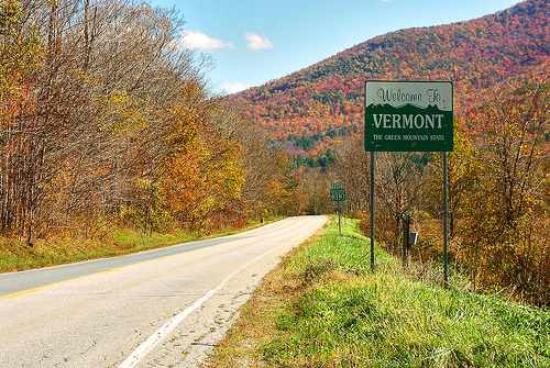 Vermont looks for cannabis compromise in wake of governor’s veto

Supporters of marijuana legalization are disappointed that Vermont’s governor vetoed a bill to legalize it in the state but are hopeful that a compromise can be reached in the Legislature next month.

Republican Gov. Phil Scott vetoed the bill Wednesday, saying he was sending it back to the Legislature with recommendations for changes such as more aggressive penalties for smoking pot while driving or in the presence of children. He suggested the Legislature could come up with a compromise during a veto session.

Eight other states, plus the District of Columbia, have legalized recreational marijuana.

Matt Simon of the Vermont Coalition to Regulate Marijuana says there’s an opportunity for a compromise that could make Vermont the first state to legalize pot legislatively and not via referendum.

NORML Political Director Justin Strekal weighed in: “It is disappointing that Gov. Scott would not only defy the will of state legislators, but also the will of the majority of Vermont voters who support ending criminal penalties for those adults who consume cannabis responsibly. Minor marijuana possession offenders should not be saddled with a criminal record and the lifelong penalties and stigma associated with it. Rather than looking to the future, Gov. Scott seems intent on repeating the failures of the past.”

Matt Simon, New England political director for the Marijuana Policy Project, said in a statement: “We are disappointed by the governor’s decision to veto this widely supported legislation, but we are very encouraged by the governor’s offer to work with legislators to pass a legalization bill during the summer veto session. Most Vermonters want to end marijuana prohibition, and it is critical that the legislature respond by passing a revised legalization bill this summer. Marijuana is less harmful than alcohol, and there is no good reason to continue treating responsible adult consumers like criminals.”

“Despite the veto,” Simon continued, “This is a huge leap forward. The passage of S. 22 demonstrates most members of both legislative chambers are ready to move forward with making marijuana legal for adults. Lawmakers have an opportunity to address the governor’s concerns and pass a revised bill this summer, and we are excited about its prospects.”

Not everyone was disappointed, however. Smart Approaches to Marijuana President Kevin Sabet issued a statement saying, “We commend Governor Scott for vetoing S22 and backing parents, teachers, doctors and law enforcement across Vermont who are working each day to make our communities healthier and safer. Vermont already decriminalized marijuana years ago — this bill was designed to be a gateway for the full scale commercialization of another drug in Vermont.” “But our work is not over. There will be a special session next month to discuss a path forward. We will be working very closely with our allies to make sure any piece of legislation does not allow Big Marijuana to come to Vermont.”