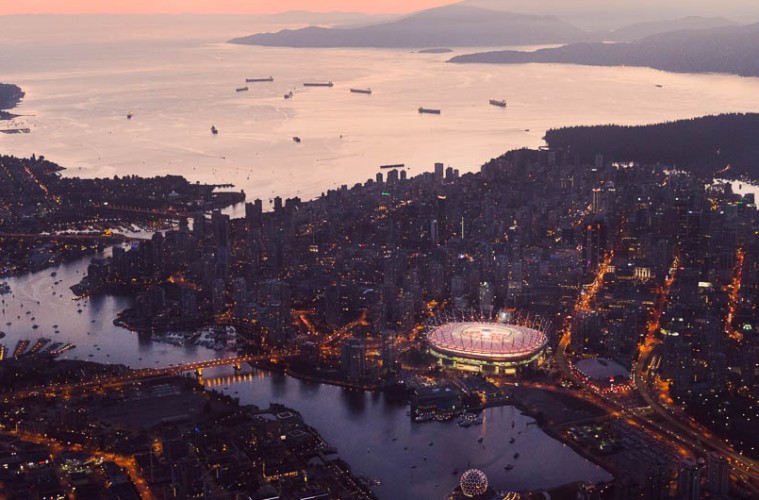 On the heels of last month’s announcement from Canada’s health minister at the United Nations’ General Assembly that legislation to legalize marijuana will be introduced next spring, changes are underway in Vancouver.

Over the past year, several British Columbia cities have issued one-off business licenses to dispensaries, but Vancouver is the first city in Canada to create a separate set of cannabis-regulating bylaws.

Last week, The Wealth Shop, located just outside the gates of the University of British Columbia in the upscale neighborhood of Point Grey, received Vancouver’s first license to operate for a cannabis business. As a for-profit dispensary, the as-yet-unopened store must pay an annual licensing fee of $30,000 to the City of Vancouver. The majority of existing pot shops operate as “compassion clubs,” which require a $1,000 fee to obtain a license. Currently, both types of dispensaries still operate outside the federal government’s medical marijuana program.

The Globe and Mail reports:

Malik Sayadi, who has been in charge of hiring for the store, said the group of young local entrepreneurs behind the dispensary likely benefited by not joining in on the green rush of the past several years.

Instead, they quietly gained support from their prospective neighbours and jumped through all the bureaucratic hurdles to get the licence, he said.

“Instead of trying to become the first ones there, we just went through all the proper procedures and worked closely with everybody that wanted us to work with them,” Mr. Sayadi said.

As the country readies for legalization, a long road to restructuring remains in Vancouver, with other provinces keeping an eye on how it’s getting done. The Wealth Shop is just one of a number of BC-based dispensaries looking to expand eastward, with a store slated to open soon in Toronto.

Councillor Kerry Jang (the Vision Vancouver party’s lead on cannabis issues) told the CBCthat the granting of the first medical marijuana business license is “exciting” and that “it shows that the bylaws we created are working. We have another two [stores] under final review. There’s another 21 shops across the city in the first stage of the development permit.”

Last month close to 100 medical marijuana stores were ordered closed, primarily for contravening the distance requirement that demands they be at least 300 metres away from a school or community centre.

Jang says only 30 of those stores have complied, while another 61 continue to operate illegally.

Jang says ticketing is only the first step in forcing bylaw-flouting pot shops to shut down.

Jang contends Vancouver’s medical marijuana licensing process is proving to be well conceived, and that other Canadian cities, including Toronto, are now studying the regulations.

“We’re actually bringing some order to the mess that it was,” said Jang.

Original article via The Cannabist