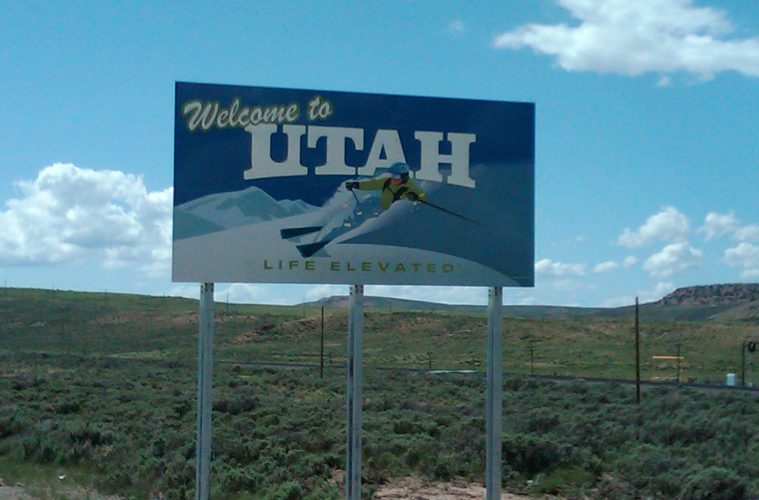 Utah make the big push for cannabis on the ballot

Medical marijuana supporters in Utah received a green light from state election officials on Thursday to start gathering the 113,143 signatures required to qualify their MMJ measure for the November 2018 ballot.

The political issues committee Utah Patients Coalition’s spokesperson said they will begin collecting signatures next week—with a stated goal of gathering all the signatures required before the beginning of the legislative session in January 2018.

According to UTP, in 2014 HB 105 made it legal for patients to possess and use low-THC cannabidiol when directed by a doctor. Since this initial victory for patients, cannabis legislation has barely progressed.

In 2015, and 2016, the legislature considered The Medical Cannabis Act, sponsored by Senator Mark Madsen, that would have legalized doctor-recommended medical cannabis for nine specifically-listed medical conditions, such as epilepsy, cancer, AIDS, chronic pain, PTSD and others. In 2016, it passed favorably through the Senate but was defeated in the House.

After the 2016 legislative session, Madsen, sponsor of the bill and a patient himself, decided not to seek re-election. In 2017, a medical cannabis legalization bill was not considered by legislators. Many patients who had worked tirelessly for control of their own medical decisions decided they could not afford to wait any longer.

“Our volunteers—many of them patients or caregivers themselves—have been ready and early waiting,” DJ Schanz, campaign co-director for the coalition, said in a statement.

Under the measure, patients who needs assistance will be allowed to designate a caregiver to help them obtain and administer their medication. Designated caregivers will be required to pass a background check.

According to Utah’s Salt Lake Tribune, if it wins voter approval, a limited numbers of cannabis outlets and physicians would be permitted to prescribe marijuana for certain medical conditions. Smoking marijuana, driving while intoxicated by medical cannabis and public use would remain prohibited.

Medical marijuana dispensaries may not be located within 600 feet of a school, public park or playground, church, or library or within 300 feet of an area zoned exclusively for residential use.

Vaping supplies, edibles, topical products and oils would be permissible under the measure. Some of the proposed qualifying medical conditions include Alzheimer’s disease, cancer, multiple sclerosis, post-traumatic stress disorder, chronic pain and autism.

Proponents said they also added a restriction on the amount of medical marijuana that patients or caregivers could legally transport, bringing the initiative’s language in line with similar restrictions on pharmaceutical drugs.

Additionally, medical marijuana businesses will be required to use the typical seed-to-sale inventory control system that was initially implemented in Colorado, with several other states following suit.

Utah Patients Coalition officials praised state leaders and members of the Republican governor’s staff for adhering to a “respectful and timely schedule” in getting the initiative to this stage.

“Everyone involved worked efficiently and provided important input, helping us make sure that Utahans will vote on the best proposal possible,” said Schanz.

The UTP means to adhere to the establishment of an electronic verification system administered by the Department of Health and issue medical marijuana cards to qualifying patients, while tracking the amount of cannabis purchased by each patient. Medical cannabis card holders will be permitted to obtain no more than two ounces of cannabis, or 10 grams of cannabidiol (CBD) or tetrahydrocannabinol (THC), from a licensed dispensary during any 14-day period.

States bordering Utah, such as Nevada, Arizona and Colorado  have all legalized medical marijuana in some form, as of July.