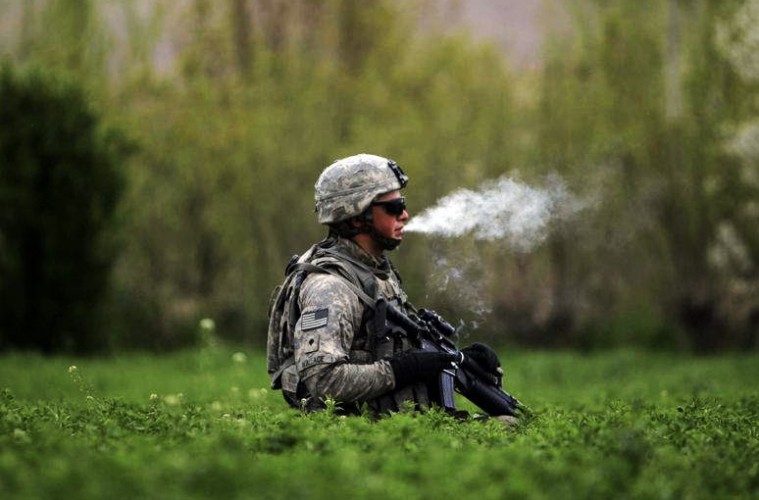 U.S Senate Votes To Give Veterans Access To Medical Marijuana

The Senate Appropriations Committee has approved an amendment aimed at allowing doctors employed by the Dept. of Veteran’s Affairs to recommend medical marijuana to their patients without worrying about punishment from the federal authorities.

It’s a small step in the continuing battle between state and federal marijuana laws. The bill ‘The 2017 Military Construction Appropriations Bill’ – sponsored by Senators Steve Daines and Jeff Merkley will make sure that no federal funs can be used to prosecute or punish physicians who want to discuss using cannabis with their patients.

It also means that any veteran testing positive for marijuana wouldn’t be denied from any other services, particularly prescription drugs. The bill now needs to be approved by the full Senate to be passed.

“This measure removes unnecessary barriers to medical marijuana access for the men and women who have volunteered to serve in our armed forces,” said Robert Capecchi, director of federal policies for the Marijuana Policy Project. “It will save veterans time and money, and it will allow them to have more open and honest discussions with their primary care providers.”

Last year, a similar bill was passed by the Senate but the ammendment wasn’t included in the final bill passed by Congress.

Veterans cannot participate in state medical marijuana programs due the illegality of cannabis in federal law. Veterans Affairs doctors can only use treatments that are currently medically and scientifically proven to treat conditions. Due to marijuana being a Schedule I drug in the US, the government determines that no medical use is accepted for cannabis (though this may change in the future).

“Veterans should not be denied access to a medicine that can help alleviate their condition, and doctors must be able to discuss and recommend all treatments,” Michael Collins, deputy director for the Drug Policy Alliance’s Office of National Affairs, said in a statement. “They have served this country, and shouldn’t be discriminated against.”