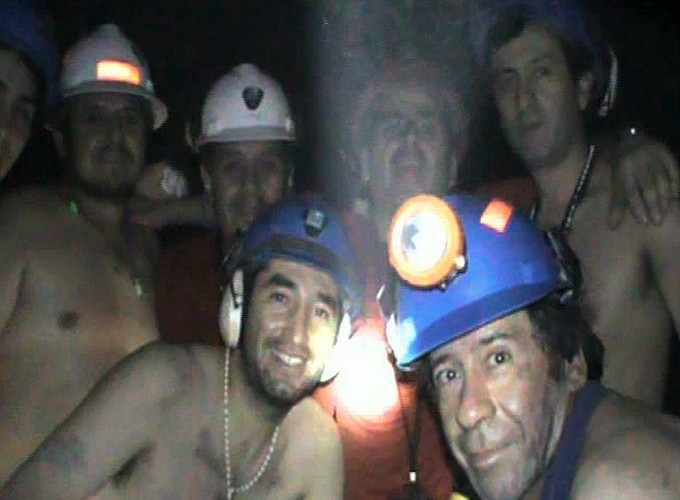 Trapped Chilean miners got high to pass the time

Remember those 33 Chilean miners who got trapped after a tunnel shaft collapsed back in 2010? Well it turns out some of them were getting high to pass the time.

Samuel Avalos, one of the miners, revealed what happened:

“They [The other miners] were peeling away from the group, wandering towards the bathroom, to smoke a joint,” he said. “They never even offered me a toke. When you saw five headed up to the bathroom, you knew what they were doing.”

Mr Avalos said he was desperate to have a smoke himself to relieve the stress of being underground so long. “We went over to the area where the guys used bulldozers, we knew they smoked marijuana,” he said.

It turns out there was also a request for blow-up dolls was refused because they could not get hold of 33 of them and did not want the men to share.

The doctor who assessed the men’s health needs from the surface, Jean Romagnoli, explained: “A guy offered them inflatable dolls but he only had 10. I said ‘33 or none’. Otherwise they would be fighting over them.”