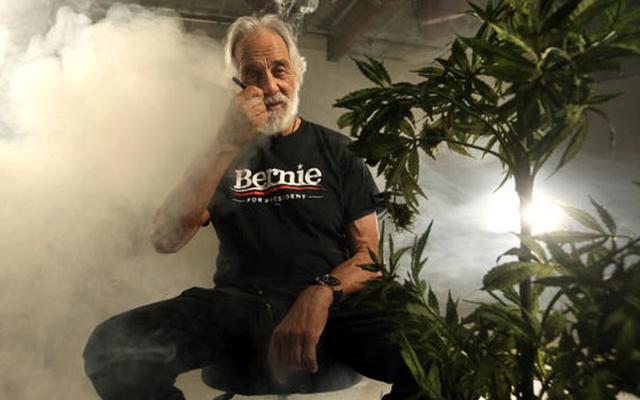 Comedy legend and marijuana advocate Tommy Chong is speaking out against Bernie Sanders after getting burned by the Bern.

On Sunday, Chong—who has previously been an outspoken supporter of the Sanders campaign—was disinvited from introducing the Democratic presidential candidate only hours before a rally in East Los Angeles. According to the Hollywood Reporter, Chong noted that Sanders “was happy to have his endorsement months back, but when it came time for the two men to appear in public together, someone got ‘cold feet.'”

“It’s lip service to get the votes, but they don’t want to endorse what I stand for and what I’ve stood for all my professional career,” Chong said. “It was an insult.”

The Washington Times reported that Chong was especially embarrassed because he had boasted about his upcoming appearance earlier in the week during a radio interview.

“Now I’m going to look like a fool, like one of those guys who starts bragging about something that isn’t true,” he said. “And I don’t like that because my endorsement means a lot because of what I have gone through and what the whole [marijuana] culture has gone through.”

In an email to THR, a Sanders spokesman said, “We appreciate his support but a scheduling issue came up.”

Chong later took to Twitter to seemingly indicate that the original blow had softened.

“Hey just heard that there was a scheduling conflict with the Bernie Sanders rally!” he tweeted. “Hope to continue my support, reschedule, and continue activism, political change and promoting peace anywhere possible.”