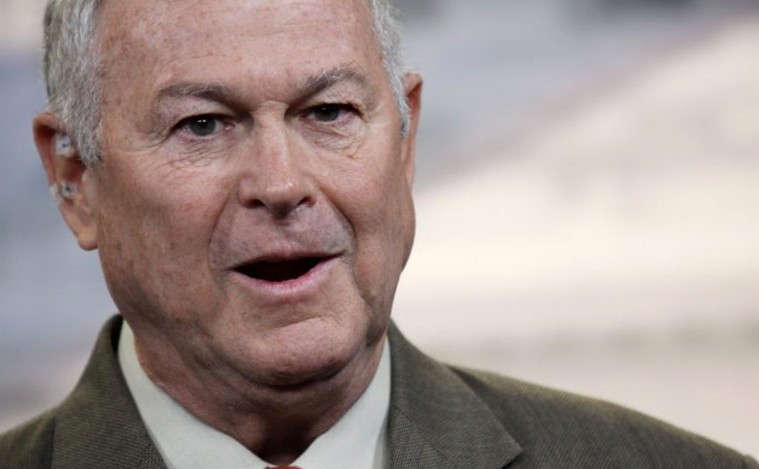 This is the first U.S. congressman to say he’s using cannabis while in office

Then, during a speaking stop at a San Bernardino marijuana festival and trade show, he discovered a cannabis-infused wax that is supposed to relieve pain. The Republican congressman said he decided two weeks ago to skip the ibuprofen and give it a try. The topical treatment didn’t make him high, he said. But it eased his pain.

“I put it on my arm and I sleep through the whole night,” he told the Register in an interview Wednesday.

He’s been using the wax since and said he “absolutely” intends to continue doing so.

It’s not uncommon for legislators to admit to using pot in their youth. But Rohrabacher is the first sitting U.S. congressman in at least several decades to acknowledge being a cannabis consumer while in office, Alan St. Pierre, executive director of the National Organization for the Reform of Marijuana Laws, told Russ Belville of Cannabis Radio, which first reported Rohrabacher’s admission.

The coastal Orange County lawmaker has been a leading conservative champion of relaxing penalties on marijuana use in Orange County, California and nationally.

He pushed for a federal policy that prevents the Department of Justice from interfering with state laws permitting medical marijuana. And in April he endorsed the Adult Use of Marijuana Act, an initiative headed for the November ballot that would legalize cannabis use in California.

He’s previously admitted pot use as a young adult. But until a couple of weeks ago, he said, “I haven’t touched anything to do with cannabis or marijuana since I was 23 years old.”

Medical marijuana is legal in California, but it remains illegal under U.S. statutes. The Drug Enforcement Administration considers marijuana to have “no currently accepted medical use,” ranking it alongside heroin as a Schedule 1 drug.

This designation is at odds with a growing body of research that suggests marijuana can be effective in treating chronic pain, muscle stiffness and other ailments.

“What gets me is that we have other people suffering the same kind of pain that I’ve been suffering,” Rohrabacher said. “But veterans have to live with their pain because under the Veterans Administration, they’re not permitted to use medical marijuana.”

He was introduced to the pain-relief wax in April at the High Times Cannabis Cup festival in the Inland Empire. A vendor showed him a candle infused with cannabis, explaining he could melt it and and rub the liquid on any area that’s hurting.

Rohrabacher said he wasn’t expecting much when he tried it, but was quickly convinced.

He said he hadn’t planned to disclose his cannabis use when he attended a NORML event Tuesday in Washington, D.C.

“A lot of other people strategize about every word that they speak in public,” he said. “I usually say what’s in my heart and soul.”

“I think it’s fabulous to have our congressman share the medical benefits of topical cannabis,” said Costa Mesa resident Sue Marie, 58, who’s used the products herself when her hands hurt.

Lisa Inserra of Aliso Viejo said she “isn’t a fan” of cannabis. But she supports anyone’s right to use it for medical purposes.

She said Rohrabacher’s decision to treat his arthritis that way is the first one he’s made that she agrees with.

“Especially for pain, it’s the best option over the opioids that are regularly prescribed by doctors,” Inserra, 48, said.

Rohrabacher said he doesn’t have a doctor’s recommendation for medical marijuana use, a provision of California law that has been loosely enforced, particularly when it comes to medical marijuana products that do not get patients high.

Rohrabacher said he hopes the requirement will soon be eliminated and give adults easier access to cannabis.

If Congress could cast a secret ballot, Rohrabacher said he’s convinced more lenient marijuana policies would pass. But he said too many legislators are worried about how opponents might use it against them.

On Wednesday, he already saw a ripple effect of acknowledging his cannabis use.

Rohrabacher said an elected official, whom he wouldn’t name but who has been been staunchly opposed to his marijuana proposals, asked him: “What’s this I hear about you using marijuana?”

Rohrabacher said he explained that the wax dulled his pain and helped him sleep.

“He goes, ‘Oh my goodness, I’ve got arthritis. You think I could get some of that?’”

Staff writer Christopher Yee and The Washington Post contributed to this report.

This story was first published on OCRegister.com