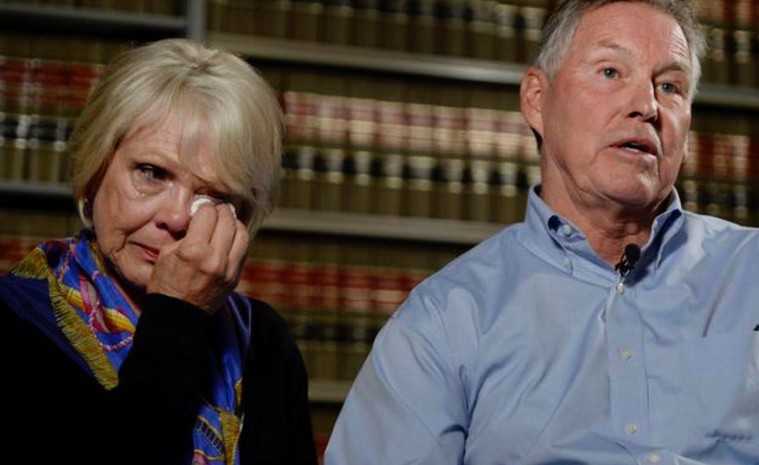 These People Are Suing The Marijuana Industry For Ridiculous Reasons

Lawsuit against marijuana company, first of its kind?

The sons of a woman shot to death in 2014 have filed what appears to be the country’s first wrongful death lawsuit against the recreational marijuana industry.

The lawsuit claims that the company that made the marijuana edibles and the store that sold the candy to Richard Kirk recklessly and purposefully failed to warn him about the bite-sized candy’s potency and side effects — including hallucinations and other psychotic behaviors. Hours after Kirk purchased the marijuana candy on April 14, 2014, Kristine Kirk, 44, called 911 terrified of her husband who was ranting about the end of the world and jumping in and out of windows. All three of the couple’s young sons heard the gunshot that killed their mother.

Their youngest son, who was 7 at the time,  watched his mother die, according to an amended complaint that was filed on Monday night.

Kirk now faces one count of first-degree murder in his wife’s death.

The lawsuit was filed on behalf of the children — now ages 9, 13, and 15 — by Kristine’s parents, Wayne and Marti Kohnke, and her sister, Tamara Heman. The trio became the boys’ legal guardians after Kristine Kirk’s death.

“While nothing can bring their parents back, this lawsuit will seek justice and change in an edible industry that is growing so fast it failed these young kids,” the family’s attorneys, Greg Gold and David Olivas said in a statement. “Edibles themselves are not the evil, it is the failure to warn, the failure to properly dose, the failure to tell the consumer how to safely use edibles, that is the evil.”

A partially eaten “Karma Kandy Orange Ginger” candy was found at Kirk’s Observatory home after the shooting. The candy — which was roughly the size of a Tootsie Roll — contained 10 servings of THC, with each serving containing about 10 milligrams.

THC is the major psychoactive ingredient in marijuana.

Gaia’s Garden LLC, the company that manufactured the chew and Nutritional Elements Inc., the store where Kirk purchased the candy, are named as defendants in the complaint. According to the lawsuit, the companies failed to include warnings about “known side effects” on the candy’s packages.

Those side effects include hallucinations, paranoia and psychosis.

The state has since changed the requirements for labels on edibles.

The two companies “negligently, recklessly and purposefully concealed vital dosage and labelling information from their actual and prospective purchasers, including Kirk, in order to make a profit,” the lawsuit says.

During the first year of legal recreational marijuana sales, marijuana-infused edibles accounted for roughly  45 percent of the legal pot marketplace. The powerful edibles also led to some of the most high-profile marijuana controversies in 2014.

Roughly three months after legal recreational sales began on Jan. 1, 2014, a Wyoming college student became agitated after eating a marijuana-infused cookie and leapt to his death from a Denver hotel balcony.

Without that information, customers “can readily be misled into believing they need to eat more of the product to feel its effects without realizing the zone of danger they are entering that could result in catastrophic effects.”

Failing to include dosage and consumption instructions was “dangerous, reckless and outrageous” and below the standards required for household products such as chewing gum, toothpaste and body lotion, the lawsuit claims.

In January 2015,  new regulations went into effect requiring edibles sold recreationally to be wrapped individually or demarked in increments of 10 or fewer milligrams of activated THC.

While the new regulations will have little to do with claims in the lawsuit, the likelihood of winning is still low, said Sam Kamin, Vicente Sederberg professor of marijuana law and policy at the University of Denver.

Still, the mere filing of such a lawsuit marks a shift within the marijuana industry itself and may open the door for future claims.

Kirk is also named as a defendant in the lawsuit. Attorneys allege that he acted negligently when he voluntarily became intoxicated to a point where he could no longer control his actions. But Kirk had no intention of hurting his wife and no way of knowing that consuming the marijuana could cause the reaction it did, the lawsuit said.

The now 49-year-old changed his plea from not guilty to  not guilty by reason of insanity in September.

He has since been ordered to under go an evaluation at the Colorado Mental Health Institute at Pueblo. It is  unclear if that evaluation has been completed.

Claims in the lawsuit contradict Denver prosecutors, who have repeatedly argued that Kirk was acting intentionally. They claim the financial and emotional strain of his marriage contributed to a conscious decision to kill his wife.

Blood tests taken after the shooting revealed Kirk had a low level of THC in his system. No alcohol or other drugs — illegal or prescription — were detected.

Reports from defense witnesses, including a psychiatrist, psychologist, toxicologist and an expert on the effects of marijuana show that defense attorneys are poised to argue that on the night of the shooting Kirk did not have the mental capacity to plan or kill his wife. When considered together, the reports suggest the THC in Kirk’s system may have contributed to or triggered a psychotic break.

Even if Kirk only consumed part of the edible, “the adverse effects could have been severe. It was negligent and reckless not to warn our community of these dangers,” according to the lawsuit.

Gold and Olivas hope the lawsuit will bring they boys justice for “being victimized by the rush to profit at the expense of safety.”