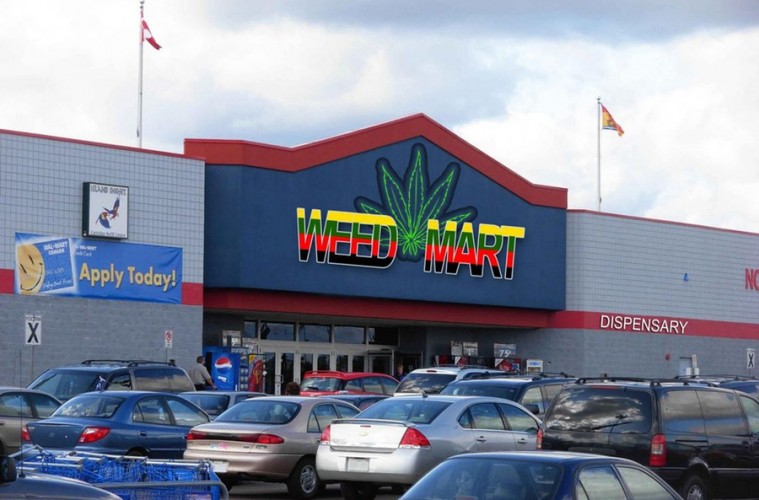 History is being made in Trinidad, Colorado, as the world’s first marijuana mall is scheduled to open this upcoming April.

Developers Chris Elkins and Sean Sheridan deemed Trinidad as the perfect location to build their dream project given Trinidad’s views on law and tourism.

In an interview with local news station KRDO, Elkins said, “This town has a zero-foot setback, which allows us to put five dispensaries here right next to one another. As far as we know, we are the only town in Colorado that can do this.”

Elkins and Sheridan have received city permits and have already purchased a building in downtown Trinidad on Commercial Street. Their next step is waiting for City Council to give their approval.

According to Elkins, four of the five spaces have already been leased to marijuana-based businesses, and if the City Council gives their approval, they are hoping to open their doors to the public in April.

Along with their passion for marijuana, Elkins and Sheridan are also incorporating their entrepreneurial skills into this project, and they are excited for the benefits the mini-mall will bring to the town.

Elkins expects the mini-mall to boost the local economy, and it seems as though many local residents agree.

Mechelle Duran, a Trinidad local who lives nearby the mini-mall location, said, “I’m excited to see it open. We have a lot of pot stores already and there is a lot of benefits.”

There are other locals who have expressed their concern with the mini-mall attracting homeless people and transients.

Tamara Johnson, a Trinidad local, said, “To be honest, I don’t have any problems with marijuana or marijuana users but i do know we have had a lot more problems with theft. I know Walmart is having problems. And transients, that’s becoming a huge problem.”

Regardless of the differing opinions of Trinidad locals, Elkins and Sheridan remain optimistic and anxiously await the grand opening of the world’s first marijuana mini-mall.