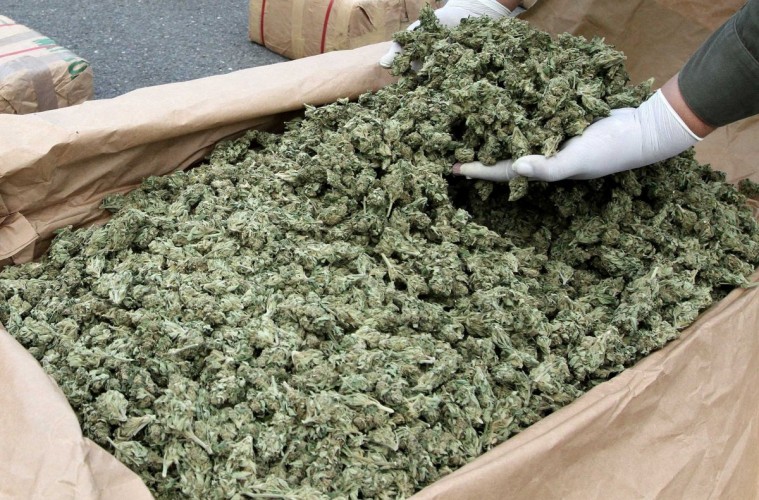 A Republican member of Congress just said something pretty odd on TV. Rep. Trent Franks (Ariz.) told CNN on Wednesday morning that a nuclear bomb could be smuggled into the United States hidden inside marijuana.

“I can suggest to you that there are national security implications here for a porous border,” Franks said. “We sometimes used to make the point that if someone wanted to smuggle in a dangerous weapon – even a nuclear weapon – into America, how would they do it? And the suggestion was made, ‘Well, we’ll simply hide it in a bale of marijuana.’ ”

But this isn’t something Franks made up on the spot. In fact, it’s something experts and even a Democrat or two have talked about over the years.

Sherman added at a congressional hearing about North Korea just this month:

“Missile defense is okay politically, but remember you can smuggle a nuclear weapon inside a bale of marijuana.”

Sherman does not appear to have been ridiculed for this theory.

But why a bale of marijuana? David Kay of the International Atomic Energy Agency explained to PBS’s “Frontline” in 1996:

“I’ve often said, my preferred method for delivering a nuclear device is, I would hide it in a bale of marijuana, contract it out to the drug lords and move it,” Kay said. “Marijuana is a good shielder actually for radiation. The drug lords have a superb record for delivery. They’re not Fed Ex, but they’re awfully close to it. And contract it out and get it across the border.”

MIT professor Jack Ruina wrote in The Washington Post back in 2001:

“A potential adversary does not have to rely on ballistic missiles to deliver a warhead. A small nation could easily resort to using planes, ships, cruise missiles or, as has been facetiously suggested, to hiding a warhead in a bale of marijuana, the shipment of which defies most detection.”

In congressional hearings in 2012 and 2014, Frank Ciluffo, the director of George Washington University’s Homeland Security Policy Institute, also pitched the possibility. Here’s what he said in 2014:

“If you want to smuggle in a tactical nuclear weapon, just wrap it in bale of marijuana. Because we’re not doing all that well in terms of some of our drug enforcement.”

Harvard University’s Graham Allison also suggested it in 2007, according to the Richmond Times-Dispatch:

And getting a suitcase-size nuclear weapon into the United States would be easy, Allison said: “They could always hide it in a bale of marijuana.”

You get the idea. Sometimes it’s brought up somewhat jokingly, but oftentimes it’s not. And whatever the case, this isn’t something Franks just invented.