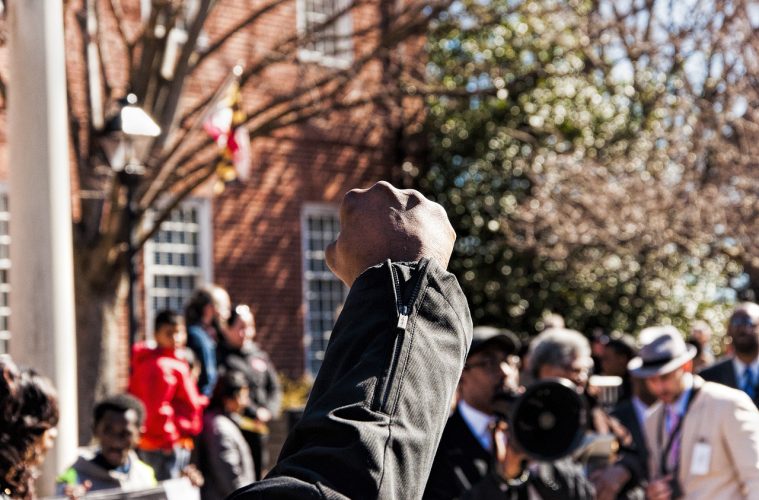 The growing animosity between law enforcement and legalized states

While some cannabis legalization proponents claim their movement has grown too big to fail, it has also proved too significant for the federal government to ignore.

The Trump administration is mulling its approach to the state-regulated systems that conflict with federal law. On Capitol Hill, conversations about legal cannabis have picked up steam.

Amid a time of unknowns surrounding federal marijuana policy, one thing is certain: The status quo is no longer sustainable.

State-legal marijuana is a multibillion-dollar business with varied regulations and no firm banking and taxation rules. Regulated sales of cannabis have trended favorably among the American public, but high-ranking federal officials have questioned the effects legal marijuana programs have on public health and safety.

“This whole situation is untenable,” said Zachary Bolitho, a former federal prosecutor who now is a professor for the Campbell University School of Law in Raleigh, N.C. “It cannot continue the way that it is.

“Something’s going to have to give at some point.”

Operating in the unknown

Uncertainty is nothing new for legal weed.

State-sanctioned sales of the Schedule I drug have occurred in the shadow of federal law since California legalized medical marijuana in 1996.

And while a lot has changed in 20 years — more than two dozen states have established medical cannabis programs, several others allow the limited use of non-psychoactive cannabis oil, and eight have OK’d recreational marijuana — those states remain “infinitely vulnerable” to federal intervention, said Mark Kleiman, professor of public service at New York University’s Marron Institute of Urban Management.

“They can easily destroy the state-regulated systems,” Kleiman said in the days following remarks coming out of the Trump administration about marijuana. “But they can’t mount the enforcement effort to fend off the illegal system that replaces (those programs).”

Kleiman, who expresses concern that legalized recreational marijuana could lead to heavier use rates, said he would favor a waiver-based system where states could be granted the ability to legalize if they met and were evaluated on certain public-health and public-safety criteria.

But for now, the genie can’t be put back in its bottle, he said.

“Start a fight or start a negotiation”

Some in the industry have grown used to the limbo — they hope for the best and prepare for the worst.

“If I change my plans every time I heard that news (of a looming federal crackdown), I wouldn’t get anywhere,” said Andy Williams, co-founder of the Medicine Man cannabis dispensary in Denver.

The shadow of uncertainty is no place for a growing industry, Williams said, noting that some entrepreneurs and investors alike have been spooked.

“It certainly harms the industry as a whole” to not know the extent of federal enforcement, he said.

Others in the industry say it’s a call to action.

“As an industry, we have an opportunity right now to either start a fight or start a negotiation,” said Justin Henderson, owner of Peak Dispensary in Denver.

Henderson said big money, as well as more seasoned executives, continue to flow into the industry.

“It’s a fight to the death for me,” he told The Cannabist.

That fight includes adapting strategies around federal law reform to the priorities of the new administration.

While the new head of the Department of Justice, Attorney General Jeff Sessions, holds an unfavorable view toward legalization, pro-marijuana individuals such as Rep. Dana Rohrabacher, R-California, and investor and entrepreneur Peter Thiel, have the ear of President Donald Trump, said DeAngelo.

DeAngelo, a board member for the National Cannabis Industry Association (NCIA), also said the shift to Republican-controlled branches of government shouldn’t hinder lobbying efforts — it just changes the tone of the pitches.

The talking points for marijuana legalization under the Obama administration were focused on claims that cannabis prohibition contributed to mass incarcerations, racial disparities in cannabis-related enforcement, the “corrosive effect” on civil liberties and how it brought law enforcement into unnecessary conflict with the community, he said.

“Those issues resonated well under Obama,” DeAngelo said. “We don’t anticipate those issues to resonate well with the Trump administration.”

Under Trump, the talking points now emphasize how cannabis legalization takes power and dollars away from international drug smuggling operations, and how it builds American jobs, contributes to tax reform, brings in revenue used for infrastructure and allows law enforcement to concentrate on other issues such as violent crime.

“We have an equal ability to speak to the left or the right,” he said.

Cannabis on the Hill

Capitol Hill is seeing a bubbling up of activity around legal cannabis that has been simmering for many years, said the NCIA’s Taylor West.

“This moment of uncertainty about how marijuana is going to be treated at the federal level is exactly what NCIA was created for and has been preparing for,” said West, deputy director of the D.C.- and Denver-based organization. “The entire reason for the creation of NCIA was recognizing how important it was going to be to have an active presence and advocacy voice at the federal level.”

But West said she’s well aware of the barriers that exist. A coalition of cannabis businesses may not get get the ear of an attorney general who opposes legalization.

“We have these lawmakers who are standing up,” West said. “That carries a lot more weight.”

New this year is an official Congressional Cannabis Caucus, a bipartisan collective of lawmakers who aim to advance marijuana-related legislation. In the Senate, close to a dozen lawmakers sent a letter to Sessions last week urging the Justice Department to uphold the current marijuana enforcement approach established by the Obama administration.

West said: “Those are big pieces of support that we wouldn’t have seen happen even a few years ago. … The threat is more imminent, given there’s a lack of clarity. There’s more potential urgency on the part of members of Congress to stand up for their constituents.”

She noted the actions of Rep. Thomas Garrett, a freshman Republican lawmaker from Virginia, who introduced a bill to end the federal prohibition of marijuana and allow for state-regulated systems. Garrett was not a target lawmaker of the NCIA, she said.

“To me that was a really interesting indicator of how this issue is starting to break out of its traditional lanes,” she said.