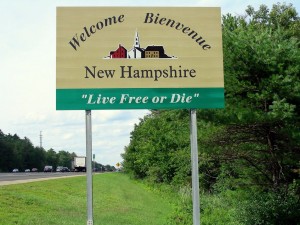 One New Hampshire representative hopes this is the year the state finally decriminalizes marijuana — roughly 40 years after he first sponsored a bill to do so.

Democratic Rep. Chuck Grassie of Rochester is a sponsor of a bill that would remove criminal penalties for possessing up to one ounce of marijuana. Grassie, who just returned to the House this year, was a sponsor of similar legislation in 1977 as a young man just out of the University of New Hampshire.

“The reasoning hasn’t changed in 40 years,” said Grassie, who argues someone’s ability to go to college or get a job shouldn’t be marred for possessing a small amount of marijuana. But he noted today’s bill has a few differences; the 1970s bill initially proposed allowing possession of up to a pound of marijuana, far more than the ounce allowed in this year’s bill.

New Hampshire remains the New England holdout of tough marijuana laws. Neighboring Maine and Massachusetts have voted to legalize the drug even as New Hampshire can still award jail time for possessing it.

Decriminalization proposals have passed the House many times, including once in the 1970s, but often died in the Senate. Past Democratic governors have also been unsupportive.

But supporters believe this could be New Hampshire’s year. No members of law enforcement spoke against the bill in a House hearing last week, a notable absence from a group typically opposed to decriminalization efforts. Republican Gov. Chris Sununu has said in the past he favors decriminalization.

The bill will soon go to the full House of Representatives for debate and a vote.