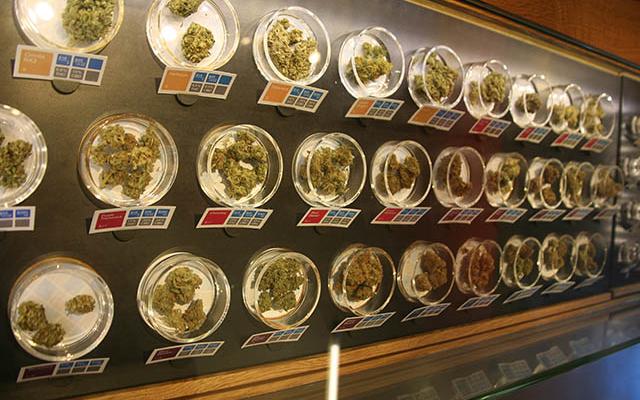 The $2.4 Billion Impact The Cannabis Industry Has Had On Colorado

Colorado’s burgeoning legal marijuana industry has quickly made gains on the state’s largest industries — including the mighty oil-and-gas sector — and contributed an economic impact of $2.39 billion in 2015, according to research released Tuesday.

The cannabis industry, the fastest-growing business sector in the state, also is credited with funding 18,005 direct and ancillary full-time jobs in 2015, according to the report from the Marijuana Policy Group, a Denver-based economic and market research firm that consults with businesses and governments on marijuana policy.

MPG, which was founded by researchers from BBC Research & Consulting and the University of Colorado but is unaffiliated with those entities, developed a “marijuana impact model” to show how legalization affects the state economy in the areas of output, tax revenue, GDP and employment.

“By legalizing, the state has gained a windfall more or less for free,” said Miles Light, one of the report’s authors.

But the windfall has a window.

In the coming years, that growth rate will slow to about 11.3 percent as the shift of black and gray market sales nears completion and visitor sales drop off as more states legalize, according to the report.

Sales would peak at $1.52 billion — falling prices would contribute to lower sales — and the industry would start being subjected more to influences such as population growth, said Adam Orens, a co-author of the report.

But for right now, the industry is unlike any other.

Cannabis is a unique beast in that it remains federally illegal and the state-regulated market is contained within state borders, where sales are legal. As such in Colorado, the cannabis industry generates more economic output and employment per dollar spent than 90 percent of other industries, according to the report:

Applying the marijuana impact model to Colorado, it was found that each dollar spent on retail marijuana generates $2.40 in state output. This compares favorably with general retail trade, which yields $1.88 per dollar. The more traditional (and sometimes subsidized) mining sector generates $1.79 per dollar. General manufacturing generates $1.94 per dollar, and casinos generate just $1.73 per dollar of spending.

The marijuana sold in Colorado stores was grown and packaged in Colorado by companies that employ local labor, pay rent and hire security companies. That money stays in Colorado, Orens said.

That may change as the legalization movement gains footing on a federal level, he said.

“But I also see an era going forward, for tax revenue reasons, states will start to get protectionist about these tax revenues,” he said. “I think the era of interstate commerce is quite a long ways off.”

On purely a revenue basis, cannabis is quickly becoming one of the largest industries in the state, according to MPG’s report.

The nearly $700 million in marijuana sales in 2014 were greater than those of Colorado’s gold ore mining industry. If comparing the nearly $1 billion in 2015 marijuana sales to 2014 economic data — the most recent data available to MPG for these sectors — cannabis’ would leapfrog above that of bakeries, residential construction and performing arts and sports venues, and sit at half the size of the oil and gas industry’s $1.9 billion sales in 2014, according to MPG.

“If it’s done right, this industry can be economically beneficial to a state or a community,” Orens said. “But that qualifier is very important. Thoughtful regulation and taxation is a must.”