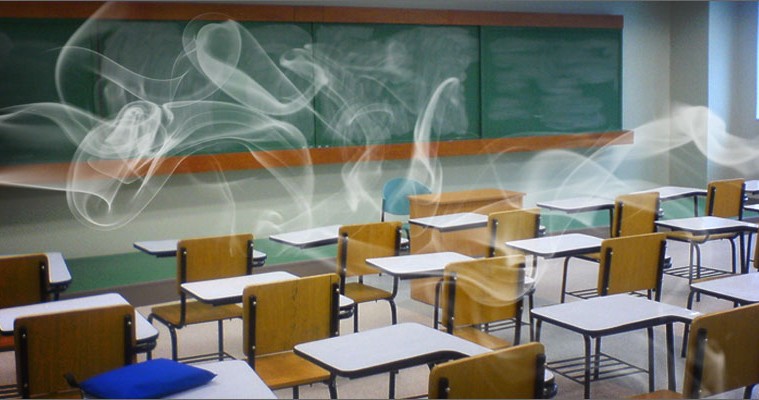 Teacher arrested for letting his students smoke weed in class

In an amazing display of bad judgement, a teacher in Henrico County, Virginia has been arrested for letting his students smoke marijuana in class.

Domonic Leuzzi was a shop teacher who was caught when some students admitted to the school administration that they were allowed to smoke weed in his class.

“We got a call from the administration of Henrico County Public Schools saying they received information from students that a teacher was allowing them to smoke marijuana in a class,” – Lieutenant Chris Eley of the Henrico County Police

23 year old Leuzzi apparently let 3 students in his class bypass the drug free zone at the school. He faces 3 counts of contributing to the delinquency of a minor, he is not employed by the school anymore and will face trial in May.

Another idiot ruins it for the rest of us.