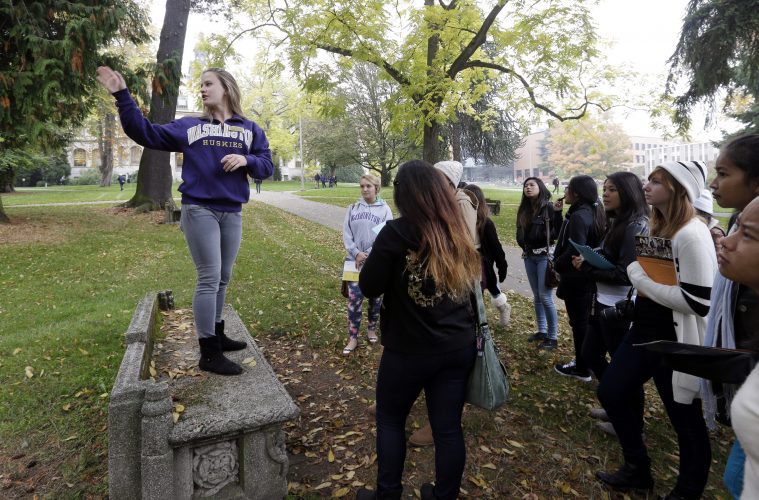 Student tour guides at a college outside Philadelphia say they have been told not to bring prospective students or their parents into a dormitory because it frequently smelled of marijuana.

The Philadelphia Inquirer reports that Swarthmore College tour guides say administrators told them that parents complained of getting a “contact high” when passing through Willets dorm.

The tour guides told the school newspaper , The Daily Gazette, they were instructed during a summer training session to stop visiting the dorm, but say they did not receive any complaints from parents themselves.

School officials say there wasn’t a policy change. They say administrators made a “clarification” for tour guides. They say visiting the dorm added too much time to the tours so they’ve “streamlined” the route.