It is said to have terrorised ships off Norway and Greenland for centuries but now it seems the mystery of the Kraken has been solved – thanks to Google Earth.

If you’re not familiar with the tale of the perhaps-not-mythical sea monster, references date back to the late 13th Century and mostly revolve around a huge tentacled monster devouring ships and men.

Some stories mention it as having tentacles, while others that it is more like a massive whale.

Either way, it doesn’t sound like something you’d want to come across when on voyage of any kind.

Sightings of the Kraken have died down recently, which suggest that either it too has gone to a watery grave, or, on new evidence, may have migrated to a new life near Antarctica.

That is the theory surrounding a new Google Earth image that has been shared on YouTube.

Taken near Deception Island in the South Shetlands it shows a ‘fin’ or rock or something breaking the surface of the water with a larger body underneath.

All in all it is fairly alarming. 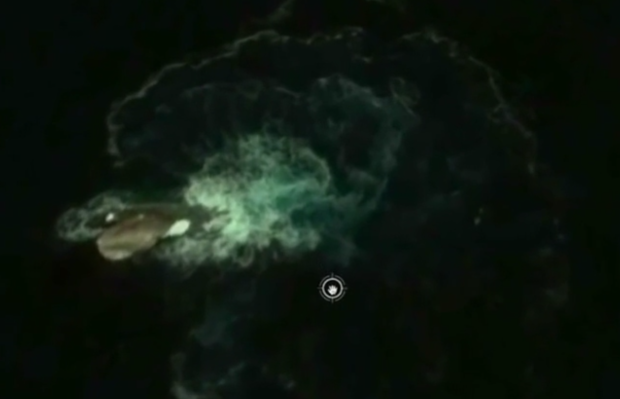 Other theories include that it is a plesiosaur, a little like the Loch Ness monster, a squid attacking a whale, or an underwater UFO (obviously)