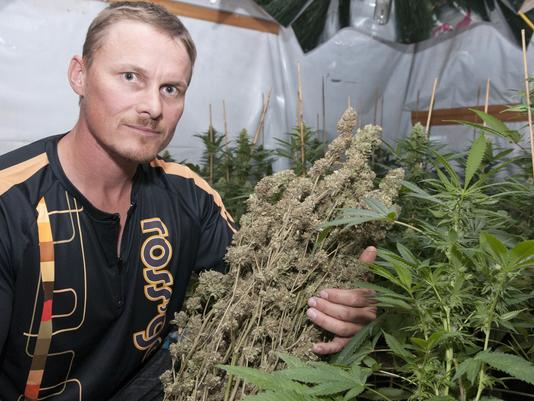 Snowboarder Ross Rebagliati is proud to carry the cannabis torch

Of course, he wasn’t so upbeat about the incident when the chance to come out of the cannabis closet presented itself nearly 20 years ago.

“I was scared at the time,” Rebagliati added. “I knew that was my opportunity, but I knew it wasn’t going to be fruitful right at the beginning. I ended up spending a bit of time in a Japanese jail. Before I got my medal back, there were a lot of scary moments. And then after 9/11, I wasn’t allowed back in the States. I couldn’t go down for a long time.”

But he says getting barred from America has actually helped promote Ross’ Gold – a marijuana “super-brand” selling cannabis products and accessories in North America. “As our brand is taking off down there, the ban is kind of lending itself to our street cred. Being banned from the States almost makes it better.”

And he’s confident that federal cannabis prohibition won’t remain the law of the land in America for much longer.

“It will change because the US has an election every four years,” Rebagliati explained. “Trump’s not going to be in forever. He could get re-elected in four years. But I’m very confident that they will be singing a different tune in America – especially after they look at the numbers coming out of the states that have legalized rec. The tax revenues speak for themselves.”

And the sooner lawmakers get onboard with legalization, the better since they can’t use ‘Reefer Madness’ type rhetoric to justify prohibition in the age of the smartphone.

“They really need to be pragmatic now because you can’t just lie to people anymore,” Rebliati told Civilized. “We have the internet now. It’s the dawn of divine information. So if the government says something, people go out right away and fact check it. We have the power in our cellphones that the FBI used to have. People are not in the dark anymore.”