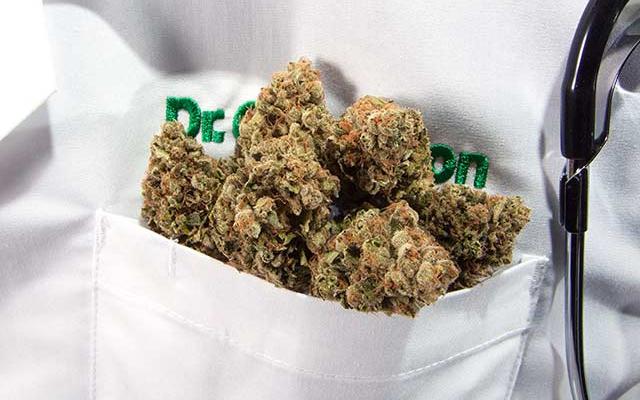 Despite marijuana’s lingering federal misclassification, many major American life insurance companies are not only willing to issue policies to cannabis users, but they are doing so without classifying them as smokers – a nasty stigma that is often responsible for causing monthly insurance premiums to be jacked up beyond the scope of affordability.

A survey conducted at the 2015 Association of Home Office Underwriters conference found that 80 percent of the almost 150 underwriters in attendance admitted to taking marijuana use into consideration before deciding whether to issue a life insurance policy. However, nearly 30 percent of those companies said they considered cannabis consumers “non-smokers,” a crucial element that could save the average stoner up to 50 percent on his or her insurance premiums.

Although medical marijuana is legal in half of the United States, most major insurers seem to understand that there is a substantial amount of recreational pot consumption taking place all across the nation – both in legal states and among the much larger community of black market tokers. The report, which was overseen by German reinsurance company Munich Re, indicates that Prudential Financial, an American Fortune 500 company, allows people to smoke weed up to three times a week without being considered smokers. At MetLife, recreational pot consumption is allowed, but the applicant must confess to getting high only around once a week in order to qualifying for the non-smoking rate.

Interestingly, recreational pot smokers may actually stand a better chance at qualifying for life insurance than those who use the herb for medicinal purposes. In a separate report entitled “Marijuana: An Underwriting Perspective,” Munich American risk management consultant Gary Haddow suggeststhat a positive result for marijuana, “May be the first clue of an undisclosed medical problem for which marijuana has been legally prescribed.”

“For those that are using marijuana for medicinal purposes, the reason it is being prescribed must be identified and the mortality and/or morbidity implications related to that impairment understood, as the risk may be uninsurable at the outset,” Haddow writes.

However, while life insurance companies may now be exploiting medical marijuana use in an effort to uncover any potential severe or life threatening conditions that could make a person uninsurable, recreational users can also raise some red flags that could bring about a denial on an application.

“The more you have, the higher the risk is because you’re more exposed to things that could cause death,” Bill Moore, VP of underwriting at Munich Re, told Kaiser Health News. “Do they smoke and drive, have they had infractions, are they flying an airplane while using marijuana? Those are all things a carrier would look at and price those risks.”

Earlier this month, insurers BMO and Sun Life announced that they would no longer consider participants in Canada’s medical marijuana program “smokers” when writing life insurance policies. Insurance experts say the reason many of these companies are no longer worried about cannabis in the grand scheme of assessing a person’s overall risk is because extensive research has shown them that pot smoking is nowhere near as dangerous as smoking tobacco.

Yet, as morose as it may sound, many American life insurance companies are now apparently more concerned about writing policies for those people who run marijuana businesses in legal states because of the risk of them being killed by federal drug agents. In Haddow’s recent underwriting report, he says that although Congress has passed an amendment that prevents federal agents from raiding medical marijuana dispensaries, “unforeseen circumstances” could cause the situation to change. And while he does not come right out and say that insurers should consider the possibility that a dispensary worker could meet an untimely demise at the hand of drug agents, he is adamant that underwriters should carefully consider this particular career sector before approving an application.