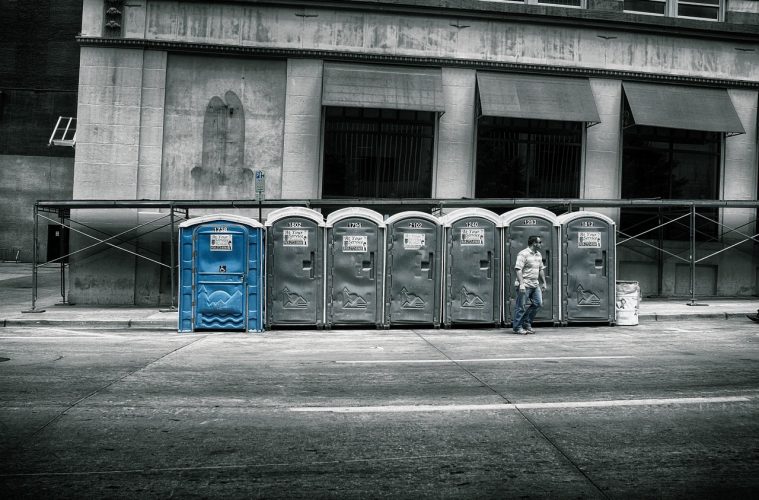 Southern Oregon has some of the most idealistic conditions in the world to grow cannabis. Despite its legality, not everyone appreciates the plant. Last week in Rogue River, Oregon, a man went to a portable toilet in a public park to find a horrible surprise. We aren’t talking the biohazard kind, thank goodness, but something far less common. Stuffed in the portable stall was a sh*t load of weed.

Police Chief Ken Lewis said that only 3 hours before the incident, a public works employee had checked the toilets on their usual rounds and nothing had been amiss. But when the portable toilet patron visited later that day, the stall practically overflowed with weed.

The find actually broke the local police department’s record for most cannabis seized in a single case. Nearby tennis court players reportedly saw nothing suspicious. When are amateurs going to learn that this isn’t the way to dispose of your weed?

Chief Lewis said that the find might be the result of anything from a pick-up point to a disgruntled citizen making a stink about the plethora of pot in the region.

But this doesn’t appear to be a dead drop business deal exposed, at least to these eyes. Rather, the cannabis looked chopped down at the stalk. The cannabis wasn’t in a container or covered in any way to prevent the stall’s primary purpose from contaminating it.

And though this could certainly be a citizen raising a stink, another possibility seems far more likely.

If you needed to get rid of an illicit grow, the last thing you would want to do is throw it in the trash on the curb. Once there, it becomes public domain, and police don’t need a search warrant to go dumpster diving. And tossing it on the side of the road has its own problems. The most likely scenario plays out like this:

An illicit cannabis grow goes bad due to pestilence. Rather than toss the debris in their own trash, the grower decides to take it away from the scene for disposal. Even funnier, someone may have suddenly found out the in-laws were coming to town and needed the bedroom back.

No matter where you mind travels in this who-dun-it, it still seems sad for all that herb to go to waste.