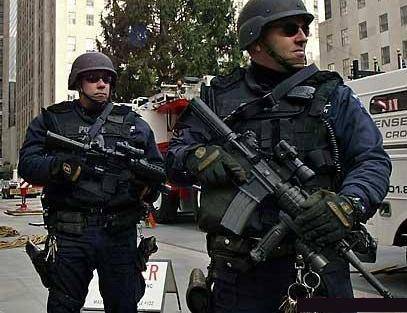 Police chief hits out against the cost of cannabis law enforcement

While serving on Gov. John Hickenlooper’s task force to implement Amendment 64, I quickly learned that we were changing more than our laws, we were engaged in a huge paradigm shift which was the creation of what would be a new marijuana culture. To this day, Colorado law enforcement struggles with the litany of conflicts created by “legal marijuana.”

These conflicts have caused confusion, expense, frustration and an inability to keep pace with the constant changes being applied to the laws. Regulating a new industry from scratch has resulted in lots of trial and error and hundreds of legislative bills — all of which local law enforcement has a role in enforcing.

Marijuana legalization has become an unfunded mandate for communities, like Greenwood Village, that have banned either recreational stores or medical dispensaries or both. These jurisdictions are still required to address the safety issues created by marijuana legalization.

By choice, these cities and counties have opted out of the legal marijuana systems and any subsequent tax revenue. In spite of the ability to ban marijuana sales, communities still have the many consequences of marijuana; such as open and public consumption, impairment related traffic accidents, and large home-based grows. Local governments who chose to ban marijuana have these costs with none of the compensating resources.

Public events have become a challenge to manage with the many ways people can openly consume marijuana in violation of state laws prohibiting public use. The biggest complaint that local law enforcement receives is the open and public use of marijuana. There is no question that our constitution prohibits marijuana consumption in an open and public manner. Yet marijuana advocates at the capitol promote a muddy and unclear definition of open and public.

Then there’s marijuana impaired driving. There still is not a well proven tool to field test for either presence or impairment with marijuana. A significant concern is the false negative which is being created from law enforcement not routinely taking people to the hospital for a blood test, the only currently reliable test for the presence of marijuana. Taking all people to the hospital is time consuming and costly process for law enforcement and for citizens. Because we do not have the resources to test everyone we believe might be impaired by marijuana, or marijuana in combination with alcohol, there is a perception that many fewer people are impaired by marijuana than law enforcement believes there actually are.

One of the biggest, and perhaps defining issues facing the future of legal marijuana in Colorado may be how well Colorado can place some preventive guardrails on what has been defined as the “gray market.” This market takes marijuana grown under legal pretense to then divert it out of state. The further Colorado marijuana gets from Colorado, the higher the value of it to the seller, as it may be worth five times what it was here in Colorado.

There are several key variables which have contributed to the proliferation of the gray market, but perhaps the largest is the manipulation of the extended plant counts and the allowances given for caregivers to grow their marijuana in residential homes. Large scale growing operations, which were not anticipated by the voters to be in residential areas, have become commonplace, and create hazards across our state. When four or five people come together to grow their hundreds of marijuana plants in a residential home, it is tantamount to being the marijuana source for the grey market hiding in plain sight.

In Arapahoe and Douglas Counties, law enforcement recently served numerous search warrants and arrested many people for using home grows as a method of diversion to other states, under one control. There have been countless examples of this kind of criminal behavior.

Many people who used marijuana when they were younger have no understanding of the potency of today’s marijuana and the ever-changing consumption methods, whether it be “vaping” or “dabbing.” The many ways that marijuana is consumed and how the THC is absorbed have not been well studied as to their levels of impairment and the time it takes to eliminate the impairment. By “dabbing” high potency concentrates and consuming “shatter” people can achieve psychotic highs not normally associated with marijuana consumption. It is through these consumption methods and edibles that we have documented some horrific examples of bizarre behavior here in Colorado and why potency needs to be better addressed.

Marijuana and THC are overtly commercialized and marketed. People seem to acknowledge that when they voted to decriminalize possession of small amounts of marijuana, they did not vote for stores to be on every corner or for marketing geared toward enticing our youth into use.

If there is a lesson to be learned from these challenges, it is that we must stick to both the spirit and letter of the voter-approved amendments 20 and 64, with an error to the side of public safety.

I have witnessed what appears to be some medicinal benefits of marijuana. This has caused me to take a step back to frame my thoughts on how we should allow for this beneficial use, while keeping the public safe. It is time for a much larger scope of testing, regulation and distribution of medical marijuana and concentrates. At this time, the controls are simply not there at a state level to ensure quality and dosages via a reliable and regulated testing and distribution system.

An obscene amount of money, both legally and illegally, is being derived from the legalization of marijuana. Many people and perhaps even the State of Colorado marijuana tax recipients have become intoxicated with these funds. Yet, the constant change in marijuana laws makes it hard to measure effectiveness, and create success with any of the regulation, because it changes often before it is implemented.

We must slow this social experiment down to a pace at which we better understand the unintended consequences. Public safety must be paramount as we evaluate these new policies. I encourage the legislature to adequately fund and evaluate the effects of legalization on public safety, and I encourage the public to look carefully at these unintended consequences in their communities.