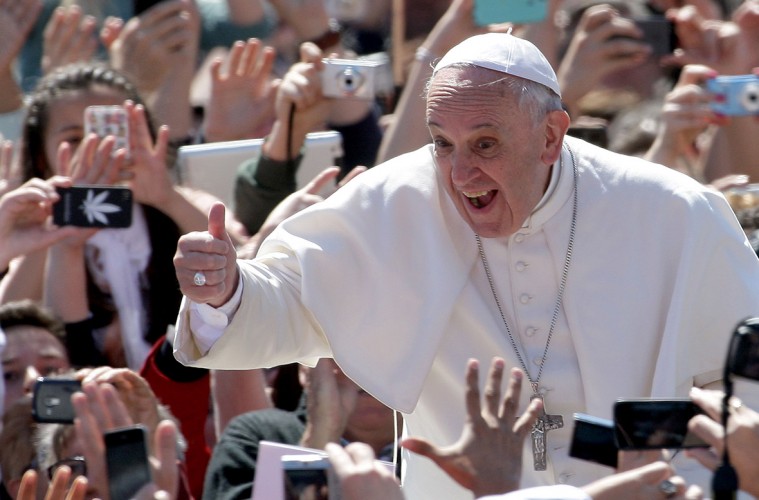 People are asking the Pope to baptise cannabis

The current pope is known as a bit of a radical. He has eschewed traditions that he predecessors have has, such as moving into the papal palace, sitting on the ‘Throne of Peter’ and wearing the regal clothes one would usually associate with a pope.

So perhaps that’s why people are petitioning him to ‘baptise’ cannabis.

Yep, that’s a thing that a pope can do. A similar baptism was done for coffee about 400 years ago by Pope Clement VIII. The church at the time thought of coffee as a particularly brutal drink and as it was used by muslims instead of wine, they didn’t have the highest opinion of it.

The pope, however, did managed to find himself tasting the drink, and said that they could baptize the drink in order to save it for good christian use.

So could Pope Francis do the same with cannabis?

It wouldn’t be first time a pope has supported something that most of us know as an illegal drug either. In the early 1900s, Pope Saint Pius X was a big drinker of Mariani Wine. The wine was known to have energetic effects, probably because the stuff was chock full of cocaine.

It’s probably a long shot though to hope the pope will actually baptise cannabis as some are aiming for, as back in 2014, the Pope said he did not support the idea of legalizing cannabis. Maybe however, if he got a taste, much the same as a pope did 400 years before him with coffee, he might change his mind.