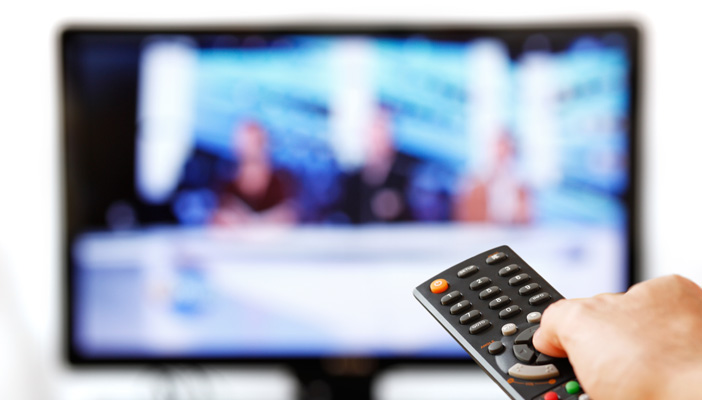 Your wholesome, Sunday-night ritual of watching your favorite family-friendly television shows with your loved ones may soon be disturbed by the sight of ghastly advertisements for marijuana products. Or so say the opponents of California’s ballot measure to legalize recreational marijuana.

U.S. Sen. Dianne Feinstein, who opposes Proposition 64, the state’s legalization initiative, said recently that, if passed, the law would allow “marijuana smoking ads in primetime, on programs with millions of children and teenage viewers.”

Now, it’s true that there is language in the initiative, also known as the Adult Use of Marijuana Act, that would allow TV advertising aimed at those 21 and older. But marketing to those below that age would be prohibited, and the Yes on 64 campaign explained to us that the guidelines for TV ads would still basically prohibit them from running before 10 p.m. But even that doesn’t necessarily matter, since federal laws still make it illegal to advertise outlaw drugs, and any broadcaster that does it would risk losing its license.

The Yes on 64 campaign is suing its opponents for making what they say are misleading claims in ballot statements against the initiative. The initiative’s opponents wrote in their official ballot arguments that Proposition 64 would “[legalize] marijuana ads airing to millions of children and teen viewers,” therefore exposing the young viewers “to ads promoting marijuana gummy candy and brownies.”

“The marijuana industry wants to turn back the clock to the 1970s and put smoking commercials back on TV after a 40-year ban,” said Jeffrey Zinsmeister, executive vice president of nonprofit Smart Approaches to Marijuana’s political arm, SAM Action, which opposes 64. “They’ll also be able to advertise pot candies and brownies on primetime shows with millions of children and teenage viewers.”

And the measure also prohibits the production of “marijuana gummy candy and brownies that could be easily confused with non-marijuana-containing foods,” according to a campaign statement.

“It’s a sign of the times that the opponents have abandoned any attempt to argue against marijuana legalization as a general concept and instead are relying on small-ball scare tactics like primetime TV advertising, which has now been repudiated by the respected fact-checkers at PolitiFact,” campaign spokesman Jason Kinney told us. “Opponents of Proposition 64 are on the wrong side of the facts, the wrong side of public opinion and the wrong side of history — and they know it.”