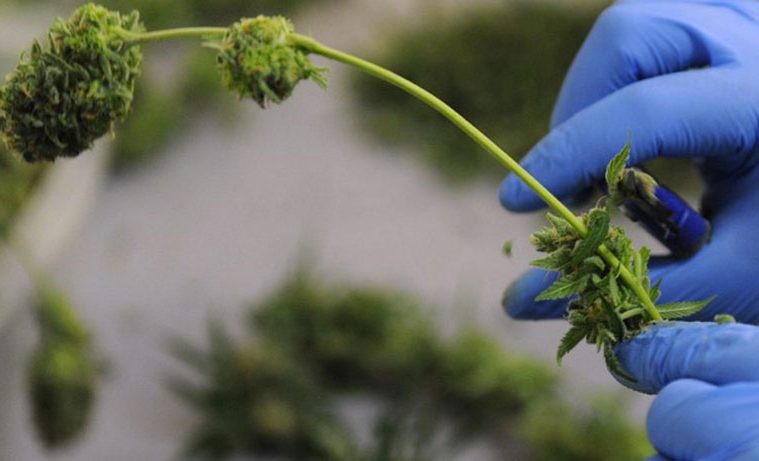 Ohio’s medical marijuana law looks out for minorities, but is it unconstitutional?

Part of Ohio’s new medical marijuana law that sets aside a piece of the state’s budding pot business for minorities appears to be unconstitutional, legal experts told The Associated Press.

The provisions were inserted into the fast-tracked bill at the request of Democrats, whose votes were key to its passage in both Republican-controlled legislative chambers. The law made Ohio the 25th state to legalize medicinal cannabis. It takes effect Sept. 8.

The benchmarks require at least 15 percent of Ohio’s cultivator, processor, retail dispensary and laboratory licenses to go to the businesses of one of four economically disadvantaged minority groups — blacks, Hispanics, Asians or Native Americans — so long as an adequate number apply.

State Rep. Dan Ramos, a Latino Democrat from Lorain who offered the proposal, said he and members of the Ohio Legislative Black Caucus feels it’s important to assure minority communities disproportionately punished under existing marijuana laws are allowed to benefit when medical marijuana is legalized.

“The state has been putting away little black and brown kids for selling these drugs at high rates, giving them excessive punishments, etcetera,” Ramos said. “We wanted to be sure that businesses owned by black and brown people get the immediate opportunity to sell legally once medical marijuana becomes legal.”

The provision was patterned after Ohio’s minority business enterprise targets for government contracts. However, placing race-related restrictions on government-issued licenses is different because it necessarily shuts out some non-minority applicants, said Stephen Lazarus, an associate professor at the Cleveland-Marshall College of Law.

“They’re not spending state money, they’re just saying that this person cannot get a license. So, yes, it is different,” he said.

Ruth Colker, a constitution expert at the Ohio State University Moritz College of Law, said such generalized racial preference rules have failed to hold up in court, absent documented proof of past or likely discrimination — which must be distinct for each named racial group.

“This is a novel situation because the particular industry does not yet exist, so discrimination in that industry can only be speculative,” she said. “But I know of no case law that permits a racial preference rule in a new program without a strong legislative record showing why discrimination is likely to occur in that new program.”

Both Republicans and Democrats in the two chambers said constitutional concerns about the thresholds never arose as the legislation was being debated.

Democratic state Sen. Charleta Tavares of Columbus said medical marijuana licenses have the potential to fall under a “goods and services” definition, which would be constitutionally sound. She also said, if the law were challenged, documenting the disparate treatment of minority groups under existing marijuana laws would not be difficult.

“You can look at history, you can look at all of the areas of business and see the impacts, and whether or not there’s been a negative impact for racial and ethnic minorities,” she said.

State Sen. Kenny Yuko, a Richmond Heights Democrat who helped champion the legislation through the Senate, said a top concern was avoiding what happened last year when a statewide marijuana legalization amendment was sunk amid criticism that it created a monopoly for growers.

State Rep. Kirk Schuring, who led a special task force on medical marijuana in the House, said the legislation was “duly vetted.”

“The spirit of the law is solid, which was that we wanted to give the minority community an opportunity to participate in the process,” he said.