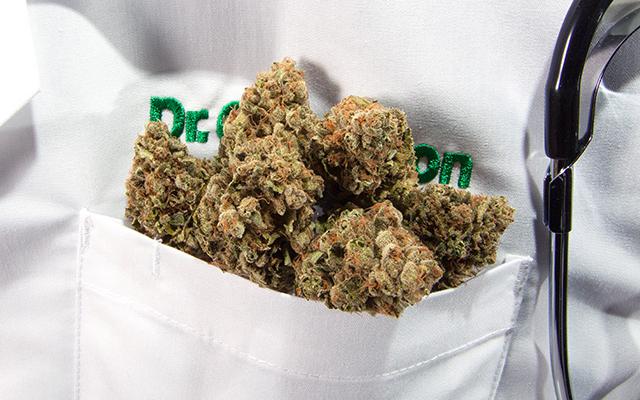 Despite rumors suggesting that the Ohio legislature pressured marijuana advocates to back down from their efforts to put a medical marijuana initiative on the November ballot, organizers with Ohioans for Medical Marijuana say the decision to abandon the campaign was not the result of any strong-arm tactics or political promises—the group simply could not compete with the cutthroat tenacity of state lawmakers.

On Saturday, cannabis advocates across the United States were shocked to learn that the Marijuana Policy Project (MPP), the national advocacy group backing the Ohio ballot measure, had pulled the plug on its fight to bring a comprehensive medical marijuana program to the Buckeye State. The news of the suspended campaign came just days after the state legislature managed to push through a medical marijuana measure (House Bill 523) of its own—making good on its promise to get the proposal to the desk of Governor John Kasich before the end of the month.

The state legislature’s version of what cannabis medicine should look like in Ohio, however, is somewhat different than the nuts and bolts of the system that was suggested by Ohioans for Medical Marijuana. The biggest difference between the two measures is the issues of smoking and growing. House Bill 523 would not allow either to happen, while the now defunct ballot initiative came attached with provisions that would have given patients permission to do both.

Although many predicted the state legislature’s bill was a sure thing, Ohioans for Medical Marijuana did not show any signs of wavering from its dedication to bring a more comprehensive medical marijuana program to fruition later this year.

Pointing out four critical issues that the legislature failed to accomplish with the passing of House Bill 523—including a limited list of qualified conditions, prohibiting smoking and home cultivation, and too much legislative authority on regulatory and licensing issues—Ohioans for Medical Marijuana said, “We have a commitment to the entire patient community to continue our campaign.”

Three days later, the group emerged battered and beaten, throwing in the towel, suggesting there was no longer any use persuing an “A+” medical marijuana program when it seemed inevitable that a “B-” program was slated for the books.

In a letter penned by Brandon Lynaugh, campaign manager for Ohioans for Medical Marijuana, he said that while this news was sure to disappoint those who have invested a lot of time in getting the medical marijuana initiative on the ballot, “It had become increasingly clear following the state legislature’s passage of a medical marijuana law on Wednesday that our ballot issue campaign had arrived at a critical juncture.”

“The reality is that raising funds for medical marijuana policy changes is incredibly difficult,” Lynaugh explained, “especially given the improvements made to the proposed program by the Ohio General Assembly and the fact that the governor is expected to sign the bill.”

Although organizers with Ohioans for Medical Marijuana said there was no deal struck between state lawmakers and the Marijuana Policy Project to bring about the suspension of the ballot initiative, Aaron Marshall, a spokesman for the group, told Cleveland.com that “there were conversations where lawmakers were saying ‘OK, what will it take for you guys to go away?’”

However, state lawmakers say there was never a time where representatives from both sides sat down to try to negotiate some middle-of-the-road agreement in an attempt to get the Marijuana Policy Project to jump ship. Representative Kirk Schuring said members of the MPP and the state legislature never even met to discuss what it would take to get them to suspend the campaign.

Nevertheless, former supporters of the Ohioans for Medical Marijuana effort are not entirely convinced that some underhanded dealings did not take place to sabotage what so many of them had invested time and money trying to help become successful. Not long after the group announced the suspension of its campaign, social media exploded with posts from furious supporters wanting to know, “Who got paid off to close the ballot,” and “How much did it cost for you guys to sell out your own?”

Many of those counting on the group to bring a solid medical marijuana program to the state are now also questioning what happened to all of the monetary donations that were supposed to be put toward getting the measure in front of voters this November.

Ohioans for Medical Marijuana told HIGH TIMES that all of the donations have been spent.

“We thank absolutely everyone who contributed their time, talent and treasure towards our ballot initiative,” the group’s spokesman, Aaron Marshall, said in an emailed statement. “The reality is that the donations paid for the campaign that we undertook. That campaign meant not only collecting several hundred thousand signatures in a matter of weeks, but also helping steer the debate at the Ohio Statehouse that ultimately led to the Ohio General Assembly passing a bill making Ohio the 26th state to have medical marijuana. While the measure isn’t perfect, it is a huge step forward and something that will provide medicine and legal protection for thousands of Ohioans who need it. We can all be proud of that.”