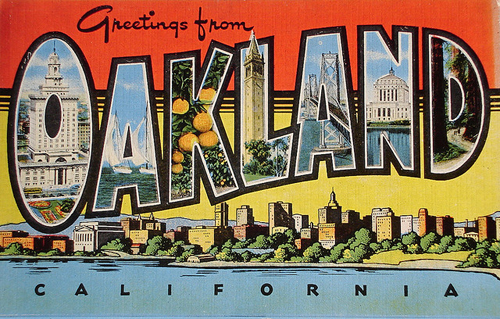 In a tense council meeting on Tuesday, Councilman Larry Reid and longtime residents clashed with cannabis business owners over a controversial change to the city’s new medical marijuana laws.

At issue, was a requirement that pot permit applicants must have lived in Oakland for at least three years, which Reid strongly opposed. The council voted 6-2 to ax the requirement.

The residency issue was part of a months-long debate to overhaul how the city regulates its pot industry. In particular, the new laws are designed to help African-Americans disproportionately arrested for drug crimes or living for years in neighborhoods torn apart by the U.S. war on drugs open a business by obtaining an “equity permit.”

The residency requirement would have applied to general applicants, not people seeking an equity permit.

First introduced by Council Noel Gallo at the end of a marathon council meeting earlier this month, it immediately drew criticism from some cannabis business owners who did not fit the criteria, called it likely illegal and said businesses would flee Oakland.

The rift between longtime residents and cannabis business owners new to Oakland continued at Tuesday’s council meeting when Gallo withdrew his idea, angering many Oakland natives in attendance who said his about-face favors outsiders and hurts their chances of entering the pot industry.

One resident said he was “heartbroken” by the change: “These same people were quiet when we were being arrested at disproportionate rates,” he said, referring to pot business owners.

The new laws approved in a meeting on March 7 set aside 50 percent of medical marijuana and cannabis business permits for those who qualify for an “equity permit.” To qualify, applicants must have been arrested for a drug crime within Oakland dating back to 1996 and live within identified police beats for at least 10 of the past 20 years while earning below 80 percent of the city’s average median income.

All of the police beats fall within West Oakland and the flatlands of East Oakland and were selected because of high arrest rates. City data shows over the past 20 years, African-Americans have been arrested for drug crimes at a much higher rate than other residents.

At times, Tuesday’s hearing grew testy. Council President Larry Reid first singled out one cannabis owner asking where he lived and where his business is located. The San Leandro resident said his business is in Oakland.

Reid shot back, asking if his business was legal, asking what he has done for the city and saying he already has his foot in the door and brought a high-powered lobbyist with him to block the three-year residency requirement.

“I don’t have no sympathy for you,” Reid said.

Before he and Councilwoman Desley Brooks voted against the change, Reid called the process one of the ugliest he’s seen in his 20 years on council, referencing an ethics commission complaint filed against him and an offensive flier depicting him, Brooks and Gallo.

Critics of Gallo’s residency requirement said it was bad business for Oakland: businesses were threatening to leave the city, leaving questions over whether Oakland would lose out on significant tax revenue. That could put the equity pot permit program in jeopardy, they said.

“You do not want to destroy this cannabis industry in Oakland and that is what will happen,” attorney Robert Raich said. “It would kill the very golden goose that can potentially lay eggs for the city of Oakland.”

The city is earmarking $3.4 million in cannabis business license tax revenue to offer no-interest loans and other assistance to help equity permit holders open their business. The equity permits would not be given out until the city collects the $3.4 million, officials have said.