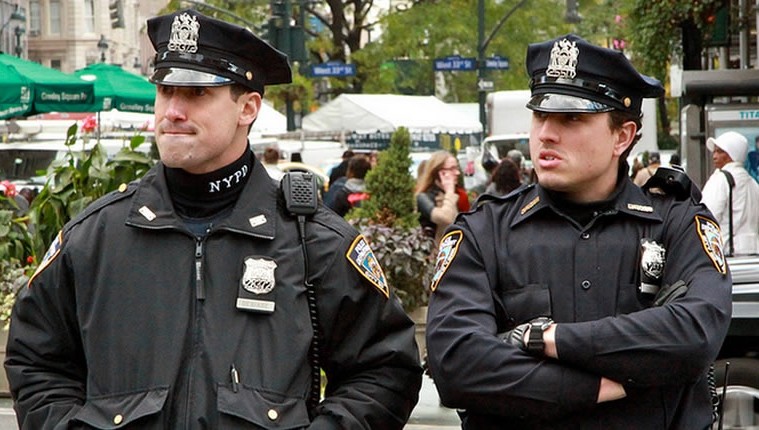 New York Police Commissioner Bill Bratton was apparently absent the day his high school history teacher explained to the class how the days of alcohol prohibition influenced more than a decade of lawlessness throughout the Land of the Free.

During a recent appearance on AM 970’s “Cat’s Round Table,” Bratton told host John Catsimatidis that marijuana is the reason there has been a surge in violent crime across the five boroughs. “Here in New York,” Bratton explained, “most of the violence we see is involving marijuana, and I have to scratch my head as we are seeing many states wanting to legalize marijuana, and more liberalization of policies.”

Interestingly, officials in states that have legalized weed have not seen any indication that their move to sell it to adults over the age of 21 has spawned a fiendish legion of violent citizens running wild in the streets. In fact, Colorado’s marijuana czar, Andrew Freeman, told Mic last year that despite some initial concerns that the legalization of marijuana would bring about “crime-ridden streets and everything would be incredibly dangerous, we’re not seeing any of that.”

Colorado Governor John Hickenlooper, who opposed legalization when voters approved Amendment 64, in 2012, recently co-signed the sentiment by explaining to a panel at the Milken Institute Global Conference in Los Angeles that he does not believe he would change what has happened in Colorado because “[legalization is] beginning to look like it might work.”

In an article from the Los Angeles Times, Freeman confirmed Governor Hickenlooper’s newfound faith in running a state minus pot prohibition by saying, “there have been a lot fewer public safety and health issues than the governor feared in the beginning,” and “for the most part, Colorado looks a lot like it did before legalization.”

Nevertheless, it comes as no surprise that Commissioner Bratton would blame marijuana when it comes to trying to rationalize the violence that is occurring throughout New York City – he’s been doing it for over a year. Last March, Bratton told reporters, “In this city, people are killing each other over marijuana more so than anything we had to deal with in the ’80s and ’90s with heroin and cocaine.” He then went on to explain that the killings “are not turf battles,” but “rip offs of marijuana dealers, robberies.”

However, drug policy experts like Gabriel Sayegh, the managing director of policy & campaigns for the Drug Policy Alliance, argue that simply finding weed at the scene of a violent crime does not immediately indicate the killing was over marijuana. “Using that rationale,” Sayegh explained. “We can make other causal links to violence. For instance, if police find a cell phone at the scene of a violent crime, then certainly the cell phone must cause that crime.”

When it comes to legal weed, more law enforcement organizations and public officials need to start reviewing what is happening in Colorado before spouting off mindless rants against the movement that are without basis. Mason Tvert of the Marijuana Policy Project said recently that “the predictions of fire and brimstone have failed to materialize,” and even the governor can see now that legalization was the right move.

“The state’s image is actually rising,” Tvert explained. “We were just ranked as the best place to live in America.”

In an analysis of Bratton’s statement, Jacob Sullum, senior editor at Reason magazine, called the police commissioner’s comments “clueless” because he, like Democratic Presidential Candidate Hillary Clinton, is using an argument for legalization as an argument against it.

“You don’t hear much about shootouts between Diageo and Anheuser-Busch InBev, or between the newly legal marijuana businesses in Denver and Seattle, because there aren’t any,” Sullum continued. “Unlike black-market drug dealers, these businesses have access to a legal system that provides nonviolent ways to resolve disputes.”