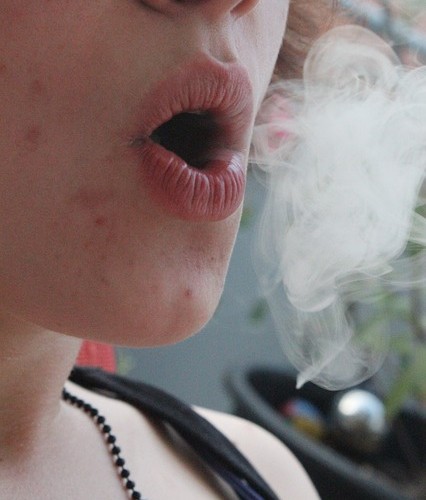 No Increase In Teen Marijuana Use Claims Survey

Teen drug and alcohol use has fallen to levels not seen since the height of the drug war in the 1990s, according to new federal survey data.

The Monitoring the Future survey of about 50,000 high school students found that “considerably fewer teens reported using any illicit drug other than marijuana in the prior 12 months — 5 percent, 10 percent and 14 percent in grades 8, 10 and 12, respectively — than at any time since 1991.”

Teen alcohol and cigarette use are at historic lows too. Among all students surveyed in 2016, just over 36 percent had drank alcohol in the previous year. That’s down by nearly half from the high in 1991, when 67 percent of high school students had consumed alcohol.

Similarly, in 1991, 63 percent of 12th-graders had smoked cigarettes at some point in their lifetimes. As of this year, that number’s fallen to 28 percent.

Vaping — the use of electronic cigarettes — had been one area of concern in recent years. But this year, teen vaping declined for the first time since the researchers began tracking the practice in 2011.

Marijuana use has been another area of concern with the move by numerous states to legalize the recreational use of the drug. But the survey’s third full year of data since the first recreational pot shops opened in 2014 shows that changing attitudes toward marijuana appear to have little effect on teens’ inclinations to use the drug.

Marijuana use declined among eighth- and 10th-graders, and remained flat among 12th-graders, the survey found.

Among all three grades combined, marijuana use declined for a third year in a row in 2016.

The marijuana use trends have proved surprising to authorities who predicted that legalization would lead to greater teen acceptance of marijuana use, and more teens using it themselves. “I don’t have an explanation. This is somewhat surprising,” Dr. Nora Volkow of the National Institute on Drug Abuse told U.S. News.

“We had predicted based on the changes in legalization, culture in the U.S. as well as decreasing perceptions among teenagers that marijuana was harmful that [accessibility and use] would go up,” Volkow said. “But it hasn’t gone up.”

Legalization advocates said the findings supported their position: “Every time a state considers rolling back marijuana prohibition, opponents predict it will result in more teen use,” said Mason Tvert of the Marijuana Policy Project in a statement. “Yet the data seems to tell a very different story. There has been a sea change in state marijuana laws over the past six years and teen usage rates have remained stable and even gone down in some cases.”

Taken as a whole, this year’s Monitoring the Future report is another indicator that the current crop of American teenagers is one of the most well-behaved cohorts in decades.