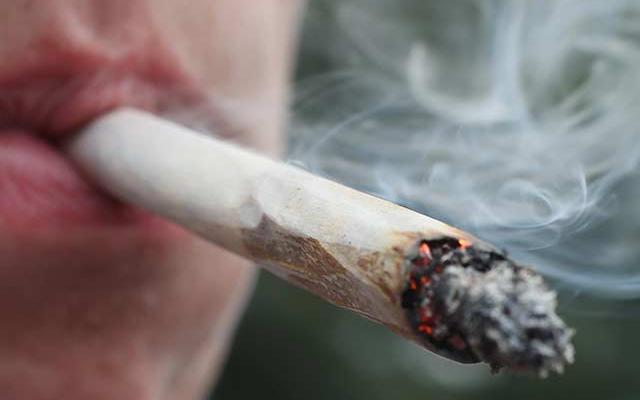 NFL commissioner Roger Goodell says he’s open to considering marijuana use for players to treat football-related pain. But he’s not completely sold on the idea of players lighting up.

“I think you still have to look at a lot of aspects of marijuana use,” Goodell said on ESPN’s “Mike & Mike.” “Is it something that can be negative to the health of our players? Listen, you’re ingesting smoke, so that’s not usually a very positive thing that people would say. It does have addictive nature. There are a lot of compounds in marijuana that may not be healthy for the players long-term. All of those things have to be considered. And it’s not as simple as someone just wants to feel better after a game. We really want to help our players in that circumstance but I want to make sure that the negative consequences aren’t something that is something that we’ll be held accountable for some years down the road.”

The NFL Players Association has said it plans to propose changes to the league’s current collectively bargained substance-abuse policy and urine drug tests that set a limit of 35 nanograms per milliliter of tetrahydrocannabinol, the psychoactive component of marijuana.

More than half the U.S. has legalized the use of marijuana for medical use, but it is still a federally illegal substance. As a Schedule I drug per the Controlled Substances Act, it is classified alongside heroin and LSD, as having “no currently accepted medical use and a high potential for abuse.”

Many NFL players past and present have argued for the allowance of cannabis — marijuana as well as hemp-based extracts like cannabidiol oil (CBD) that have trace levels of THC — as an alternative to the narcotics they receive from teams to treat pain.

The NFLPA hasn’t revealed the changes it will be proposing, be it raising the THC limit or removing marijuana from the list of banned substances altogether.

“We look at it from a medical standpoint,” Goodell said. “So if people feel that it has a medical benefit, the medical advisers have to tell you that. We have joint advisers, we also have independent advisers, both the NFLPA and the NFL, and we’ll sit down and talk about that. But we’ve been studying that through our advisers. To date, they haven’t said this is a change we think you should make that’s in the best interests of the health and safety of our players. If they do, we’re certainly going to consider that. But to date, they haven’t really said that.”

The NFLPA declined to comment on Goodell’s recent remarks.

In a statement to The Denver Post earlier this month, George Atallah, the union’s assistant executive director said: “We want to take a less punitive approach to marijuana, but it won’t necessarily be removed from the banned substance list.”

The union has yet to present to the league its proposed changes.

Goodell’s recent comments address only smoked marijuana and not non-smokable CBD products often derived from hemp that have little THC and can be ingested or applied as a topical. The difference is significant and often muddled in the discussion about allowing cannabis for athletes. While research on CBD as well as using cannabis products for pain treatment is relatively limited, there is a groundswell of anecdotal evidence and multiples studies underway to test its potential benefits to athletes, as well as any dangers and health risks.