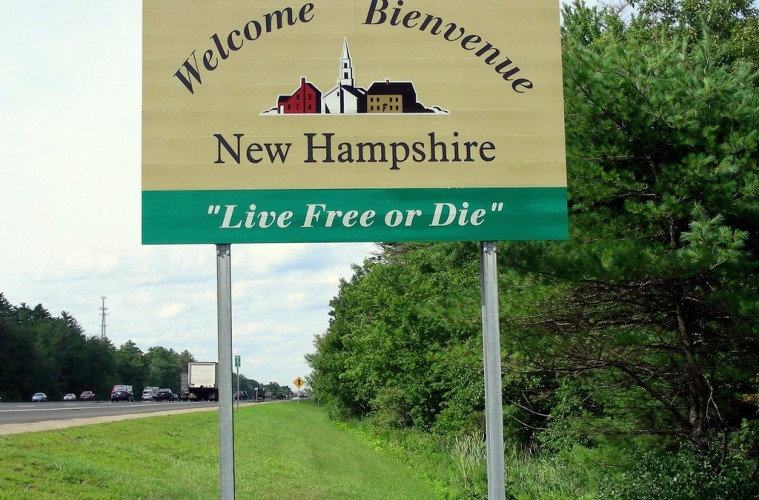 With Republican Gov. Chris Sununu on board, advocates for marijuana decriminalization hope this is the year New Hampshire joins its New England neighbors in removing criminal penalties for possessing pot.

But the measure is facing challenges in the Senate, where lawmakers aligned with police chiefs are working to water it down. Lawmakers, police and advocates alike agree some form of decriminalization will likely reach Sununu’s desk. Up for debate, though, is what amount of weed will be allowed and how much discretion cops should have to make arrests.

“The public seems to want this,” Franklin Police Chief David Goldstein said. “But at the same time, we still recognize our responsibility to be the guardians, if you will, of public safety.”

While the rest of New England has already decriminalized possession of small amounts of marijuana, efforts to do so in New Hampshire have failed for 40 years. But as neighboring Maine and Massachusetts move to full legalization, advocates say it doesn’t make sense for New Hampshire to continue arresting people for a seemingly minor offense. Former Gov. Maggie Hassan, a Democrat, was opposed to decriminalization, but Sununu backs it.

“The prohibition is crumbling,” said Matt Simon, New England political director for the Marijuana Policy Project. “We at least need to stop arresting people and tying up the criminal justice system with possession cases.”

The House overwhelmingly backed the decriminalization bill in March, on a vote of 318 to 36. The bill would make it a violation, which carries a fine but no criminal penalty, for anyone over 21 to possess one ounce of marijuana or less. It explicitly said the police could not arrest someone for possessing that amount of marijuana, and on a first offense someone would face a charge of $100.

In the Senate, a new change by GOP Majority Leader Jeb Bradley would reduce that amount to half an ounce or less. It also removes the prohibition on arrests and says someone caught possessing marijuana for a second time would be subject to a misdemeanor. It also ups the first-time fine to $300.

Bradley said he expects the amendment to change, and conversations are already underway. While the police chiefs would prefer not to have a decriminalization pass at all, Goldstein said they see “the handwriting on the wall” and want to be involved in a compromise. Cushing said he’s willing to talk too, but that it’s high time New Hampshire make a change to its marijuana laws.

“We want to have a punishment that fits the crime,” Cushing said. “We are a libertarian state where someone who’s just doing something that would be legal in another state ought not face a year a jail.”