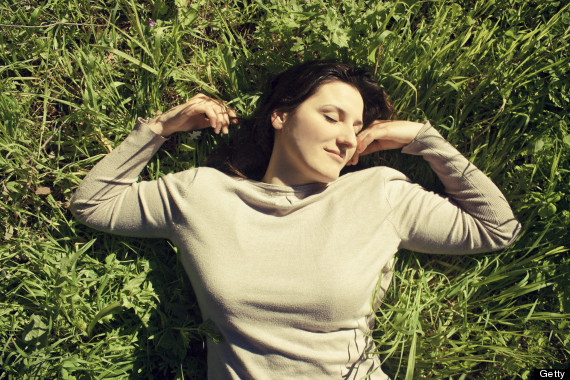 PUFFING on a cannabis inhaler could help millions of Brits with insomnia doze off in minutes.

The new hand-held gadget squirts a small dose of the drug into the lungs.

Tests show a single toke at bedtime can trigger sleep in as little as ten minutes.

Researchers found users doze deeply and wake up refreshed with no unpleasant side-effects.

Medics who invented the inhaler say it contains enough of the illicit drug to have a sedative effect – without getting users high.

The ICANsleep device – which resembles an asthma puffer – costs around £100.

It could be available in the UK within a year if it gets approval from the drug safety watchdog the Medicines and Healthcare Products Regulatory Authority.

Around one in three Brit adults has trouble sleeping.

Stress, illness and too much caffeine can all make it worse.

Millions rely on sleeping tablets to help them nod off – costing the NHS over £50 million a year.

But commonly used pills can leave users feeling groggy the next day.

And some have even been linked with increased risk of cancer and broken bones.

Israeli scientists developed a device which turns cannabis into a vapour that can be inhaled before bed.

It contains less than a quarter of the amount of THC – the main psychoactive chemical that gives users a high – found in a joint.

ICAN, the Israeli firm which makes the inhaler, says it is safe and not addictive.

Boss Saul Kaye said: “Insomnia is mostly an anxiety disorder and cannabis can be very effective at reducing anxiety.

“Also, it does not leave you feeling like you have a hangover.”

And investor William Levine of CannRx saidl: “You take a puff or two depending on the dosage and in ten minutes you will be drowsy enough to sleep.”

The puffer is already being sold in Israel and California.

In the UK, there are a handful of cannabis-based medicines in use.

One is a peppermint-flavoured mouth spray – called Sativex – given to multiple sclerosis patients to combat their loss of muscle control.

Dr Neil Stanley, former head of sleep research at Surrey University, said: “Anything that helps you relax will also help you sleep.

“But the jury is still out on cannabis.

“We need bigger and better studies to confirm it really does make a difference.”