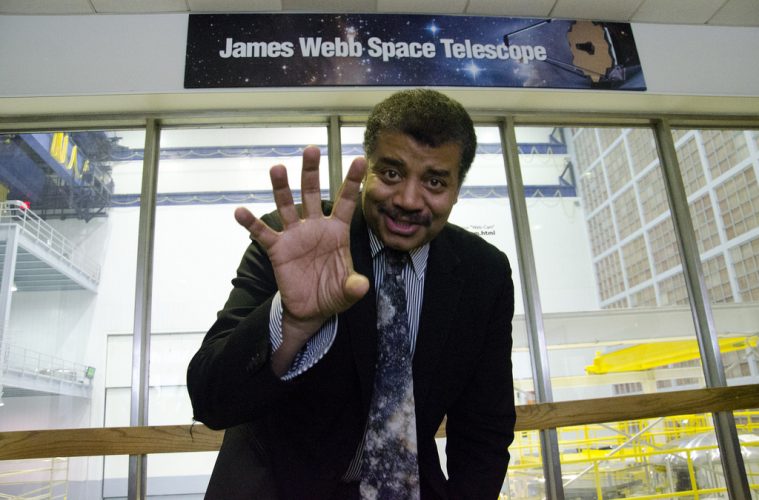 Astrophysicist Neil deGrasse Tyson, among the most well-known living scientists this side of Stephen Hawking, said this week that “there’s no reason for [marijuana] to ever have been made illegal.”

The remark came in response to a question submitted by Tom Angell of the pro-legalization group Marijuana Majority. Angell asked Tyson if he agreed with astrophysicist Carl Sagan that marijuana should be legalized.

“If you really analyze it,” Tyson said, “relative to other things that are legal, there’s no reason for it to ever have been made illegal in the system of laws.”

“That is extremely rational, which I expect from you, and you’re absolutely right,” replied host Chuck Nice.

“Alcohol is legal,” Tyson added, “and it can mess you up way more than smoking a few J’s.”

“The last time I was like, in a cloud of it? That’s how people spoke,” Tyson said.

Tyson has in many ways followed the late Carl Sagan’s footsteps in becoming a well-known evangelist for space science and the scientific method more broadly. Sagan, most famous for the television series “Cosmos” (which Tyson later rebooted), was a lifelong marijuana user who wrote extensively — albeit privately — about what he saw as the benefits of the drug.

“The illegality of cannabis is outrageous,” Sagan wrote in an anonymous essay for the 1971 book “Marihuana Reconsidered,” “an impediment to full utilization of a drug which helps produce the serenity and insight, sensitivity and fellowship so desperately needed in this increasingly mad and dangerous world.”

Tyson has been more circumspect on the merits of drug use, at least publicly. “I don’t count myself among active recreational drug users,” Tyson said in a 2015 Reddit AMA. “For me, the least altered state of awareness I can achieve is the one I seek, because that one is most likely to be closest to reality.”

J’s and altered states aside, Tyson’s argument against prohibition is on fairly sound scientific footing: Public health experts generally agree that relative to alcohol, marijuana is less-habit forming, less toxic to the human body, less of an impairment to driving and much less linked to violent behavior. President Richard Nixon placed the drug in the most restrictive category of federal prohibition in 1972, overruling the recommendation of his own marijuana task force, which argued that the drug wasn’t particularly dangerous and shouldn’t be federally prohibited.

Tyson’s remarks were also similar to ones by President Barack Obama in 2014. “I don’t think [marijuana] is more dangerous than alcohol,” he told the New Yorker. “As has been well documented, I smoked pot as a kid, and I view it as a bad habit and a vice, not very different from the cigarettes that I smoked as a young person up through a big chunk of my adult life.”

An August Quinnipiac poll found that more than 61 percent of Americans now say marijuana should be legal, 94 percent support the medical use of marijuana, and fully three-quarters oppose the federal government enforcing marijuana laws in states that have legalized it.