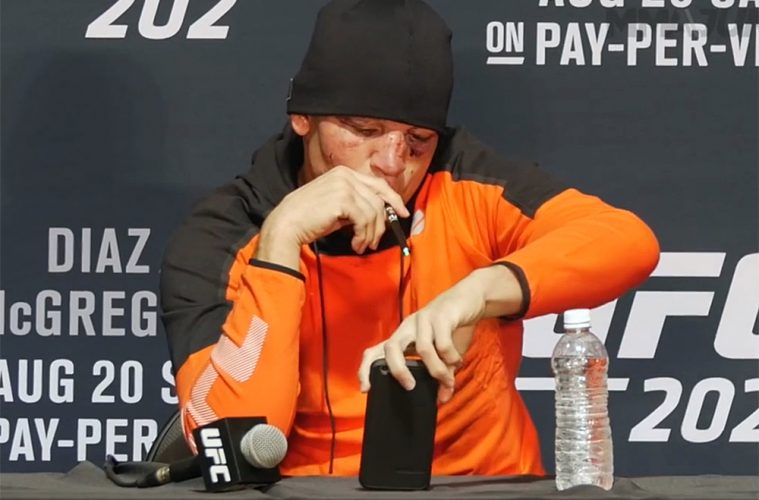 “You can test me every day of the year. Piss loaded with cannabis, no steroids. You ain’t gonna catch no steroids in me for the rest of my life.” – Nate Diaz on Fox Sports.

Diaz perfectly encapsulated the “do not give a fuck” attitude throughout the build-up to the event, as well the build up to their first encounter at UFC 196. Even during the sequel fight itself, which he still maintains he won, Diaz ate McGregor’s best haymakers, Stockton slapped him and even gave him the one-finger salute at one point.

To further hammer home the point that he couldn’t give two shits about the rules, he was even spotted using a vape pen during the post-fight media scrum. When asked what he was smoking, Nate explained it was CBD oil, a banned substance under USADA.

Although his actions may see him face some hefty punishments from USADA, Diaz appeared to gain a lot of supporters from his act of defiance, with many tweeting out in amusement and/or support at the sight of Diaz vaping.

Diaz also mentioned that he fully believed in the healing properties of CBD, saying, “It helps with the healing process… It will make your life a better place.”