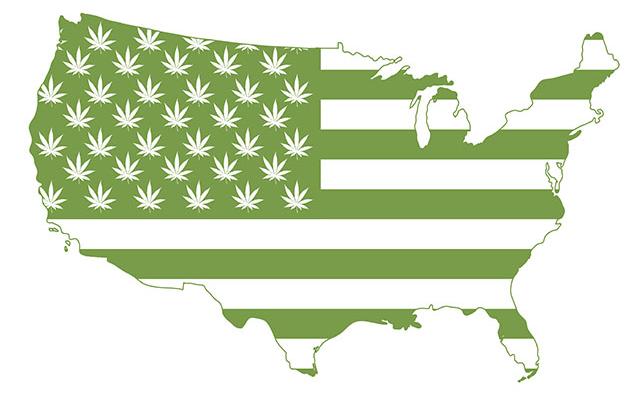 Must Know: Law Changes In Marijuana This Week

The fight to legalize marijuana in the United States keeps moving forward. Some of the biggest news of the week comes from Ohio, where Governor John Kasich has taken action to legalize the 26th comprehensive medical marijuana program in the nation. Other highlights include a push in West Virginia to get lawmakers to start considering legalization, as well as some action taken by Colorado Governor John Hickenlooper to make sure children who need medical marijuana have the ability to use it in school.

Rhode Island: Petitions Aimed at Legalization Delivered to General Assembly
Regulate Rhode Island, the group working to legalize marijuana for recreational use, recently delivered a petition to the General Assembly asking for lawmakers to vote on a bill that has been lingering in a state of inaction for months. The petition, which is signed by 1,300 residents, calls for House Speaker Nicholas Mattiello and Senate President Teresa Paiva-Weed to take up a vote on the “Marijuana Regulation, Control, and Taxation Act” before the end of the current session.

“According to polls, Rhode Island voters support legalizing and regulating marijuana for adults by a 20-point margin,” the petition reads. “Sensible proposals to end marijuana prohibition have been introduced in the General Assembly in each of the past five years, but legislative leaders have not called for a single vote on them in either the House or the Senate. After five years of discussion and debate, it is time to let legislators decide.”

Colorado: Governor Signs Bill Forcing Medical Marijuana In Schools
Governor Hickenlooper signed a bill last week that will require school districts to put policies into place that allow children to use cannabis products while on campus. The new law picks up where a 2015 measure left off by making it mandatory for school systems to draft definitive plans for providing children who use medical marijuana with a way to take the medicine during school hours. Supporters say the new law was necessary because not a single school district developed a medical marijuana policy after Governor Hickenlooper signed a bill last year authorizing schools to accommodate children involved in the state’s medical marijuana program.

Montana: Safe Montana Pushes to Kill Medical Marijuana
Safe Montana is still trying to shutdown the state’s medical marijuana program through the voice of the voters. The group must collect 24,175 signatures before June 17 in order to get its initiative on the November ballot. Reports indicate that Safe Montana already has enough signatures to qualify for the ballot, but they are making a final push to collect more to serve as a buffer against those that might get disqualified. If the voters approve this proposal, it would ban medical marijuana across the state—closing the doors on the program altogether. However, Safe Montana has attempted these shenanigans in the past and failed every time.

West Virginia: Marijuana Legalization Discussed in Special Session
West Virginia Delegate Mike Pushkin and a group of four co-sponsors have introduced a bill that would legalize the cultivation, possession and use of marijuana for adults 21 and older. Although the lawmakers do not have much faith that House Speaker Tim Armstead will allow the bill to move forward, they feel the time is right to open up the debate for marijuana as a potential solution to the state’s current financial crisis. If the bill does get a hearing, it will be discussed as part of a special session. An editorial published last week by the Charleston Gazette-Mail has praised the lawmakers for raising the issue, even though the bill “has no chance.”

Missouri: Decriminalization Effort Green Lit for Kansas City
Kansas City voters may soon get to decide whether to eliminate the criminal penalties for small time pot offenders. According to NORML, “the local chapter of the National Organization for the Reform of Marijuana Laws has received approval to move forward with a municipal initiative to decriminalize marijuana possession offenses.” The proposal would create a local ordinance that treats the offense—currently a criminal misdemeanor—as a civil infraction punishable with a $50 fine.

Vermont: Governor Signs Medical Marijuana Expansion Bill
Governor Peter Shumlin recently signed a bill that expands the state’s list of qualified conditions to include chronic pain, glaucoma and terminal illness. In a statement, Shumlin said he signed the bill because he wanted to give doctors the ability to recommend an alternative to dangerous prescription painkillers.

“At a time when opiate addiction is ravaging our state and drug companies continue to urge our doctors to pass out painkillers like candy, we need to find a more practical solution to pain management. This bill ensures that Vermonters who are suffering will have access to medicine that is high quality, laboratory tested, and most importantly non-addictive,” Shumlin said.

Michigan: Recreational Marijuana Initiative Sunk… For Now
A proposed ballot measure supported by MILegalize has been rejected by election officials because they say more than a hundred thousand signatures were collected well past the 180-day window allotted for the campaign. Although MILegalize turned in nearly 350,000 signatures to the secretary of state’s office two weeks ago, Governor Rick Snyder recently signed a bill clarifying an old law that requires ballot measures to secure the necessary signatures within 180-days. For MILegalize, that window closed in December 2015. Nevertheless, Organizers say the Bureau of Election’s decision to dismiss the initiative came as no surprise, but they plan to challenge it in court in hopes of being granted permission to move on to the next phase of the campaign.

“Michigan citizens should have the opportunity to vote for the MILegalize proposal in November,” said campaign chairman Jeff Hank. “Rest assured MILegalize is prepared for these challenges and will fight for the rights of every Michigan voter… We will prevail,” he concluded.

Ohio: Governor Signs Bill Legalizing Medical Marijuana
Ohio is now the 26th state in the nation to legalize a medical marijuana program. Last Wednesday, Governor John Kasich put his signature on a bill that will allow patients with more than 20 qualified conditions to have access to cannabis products. Unfortunately, no smokable marijuana or home cultivation will be permitted. The new law is set to take effect in 90 days, giving patients the freedom to use pot products purchased from legal states without incurring the wrath of law enforcement. State officials say it could take up to a year before the full scope of the program is realized, but none of the details are yet known as to how many cultivation sites and dispensaries will be permitted to operate.

Although supporters say the state’s newfound marijuana law is a “step in the right direction,” most would like to see something a little more comprehensive in the future. Ohioans for Medical Marijuana, a group supported by the Marijuana Policy Project, had been on a mission to do just that, but the campaign was shutdown three days after the passing of House Bill 523 because organizers said they were satisfied with the efforts of the General Assembly.