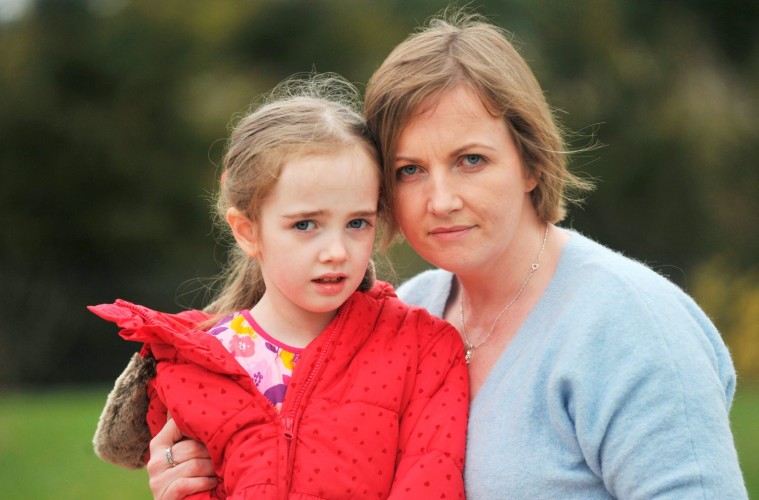 A mother in Ireland is pleading for authorities to take a commonsense approach to substances like Cannabis oil which could potentially help her six year old daughter who suffers from a rare disorder that causes many seizures a day. Vera Twomey-Barry says her daughter, Ava, suffered 14 severe seizures in just 24 hours last weekend.

Ava suffers from Dravet syndrome which also means she has epilepsy that can’t be controlled through normal medication. Dravet syndrome is also known as Severe Myoclonic Epilepsy of Infancy (SMEI)

The only known long-term treatment for Dravet syndrome is cannabis oil. Cannabis Oil however is not licensed in Ireland, or any other EU member states that could dispense the medicine to be bought back to Ireland.

Its medicinal uses, in specific cases, has led to cannabis oil being permitted in parts of the US, Australia, Brazil and even Columbia.

“That is the only hope that Ava now has,” Vera explained.

“I don’t want to be forced out of Ireland with my family to get treatment for Ava.”

“We want to stay in Ireland and raise our children here – but what choice do we have if Ava needs the treatment and the only place she can get it is overseas?”

“All we are pleading for is a little common-sense. If cannabis oil or medicinal marijuana can help Ava, why can’t she be allowed benefit from it in her own country?”

Vera has launched a campaign to help children across Ireland with Dravet syndrome.

“All we are asking for is a little common-sense. That and the realisation that children like Ava don’t have any other alternatives,” Vera said.

“It is heartbreaking to have to take Ava to an emergency department when she gets severe seizures despite knowing that there is nothing they can do for her.”

The couple, who are based in Aghabullogue in mid Cork, have three other children, Sophia (4), Michael (3) and Elvera-Mae (14 months).

“All we are asking is that Ava has some chance of a normal life. Surely every Irish child has that right,” she said.

Details of Vera and Paul’s campaign for Ava is available from Facebook on ‘CBD For Ava Support’.