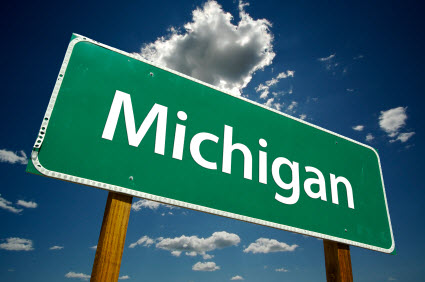 Faced with an unreceptive Legislature, advocates for marijuana legalization, guaranteed paid sick leave and a host of other bills are banking that you will embrace them at the ballot box — if the proposals make it there.

Organizers so far have launched seven initiatives for the November 2018 statewide election and need to collect hundreds of thousands of valid signatures to qualify. Circulators are working the crowds at summer festivals, park concerts and other places with pedestrian traffic.

Michigan already allows for the use of marijuana for medical reasons. A proposal that appears likely to go before voters next year would make it the ninth state to legalize the drug for recreational use.

Adults 21 and older could possess up to 2.5 ounces of marijuana and grow up to 12 plants at home. A 10 percent tax on marijuana would be assessed, in addition to the 6 percent sales tax.

The Coalition to Regulate Marijuana Like Alcohol says it has collected 200,000 signatures in three months. It needs about 252,000 valid signatures in a six-month window.

The committee raised $518,000 through late July, including $200,000 from Troy-based tobacco retailer Smokers Outlet Management, which is now Wild Bill’s Tobacco, and $100,000 from pro-marijuana group MI Legalize 2018. Kevin McCaffery of Ann Arbor, the president of RBK Enterprises, has given $125,000 to MI Legalize.

The Coalition to Regulate Marijuana Like Alcohol reported $189,000 in in-kind assistance from the Marijuana Policy Project, a Washington, D.C.-based group that was the driving force behind successful legalization ballot initiatives in other states.

On Thursday, the state elections board approved the form of a second marijuana legalization petition filed by Abrogate Prohibition Michigan, which proposes no taxation or regulation of the drug. The initiative appears to lack enough financial or organizational backing to make the ballot.

Other topics with organizations working to get on the ballot include gerrymandering, part-time legislature, prevailing wage, sick time and shutting down an oil pipeline.