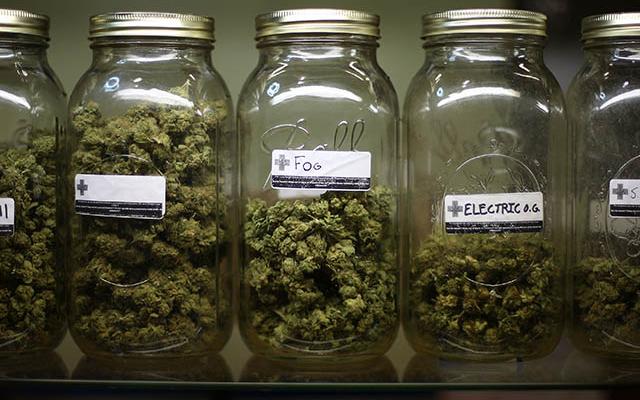 Although Mexico President Enrique Peña Nieto seemed hell-bent on legalizing medical marijuana earlier this year, a recent report from Vice News suggests that all of the noise surrounding the possibility of major drug reforms in a nation, which is plagued by some of the most vicious cartel activity in the world, may have simply been herky-jerky politics that could end up preventing legalization from happening anytime in the near future.

Last Friday, the Mexico Senate, specifically President Peña’s Institutional Revolutionary Party (PRI), decided to sandbag the medical marijuana issue by rescheduling talks over the proposal until, at least, the end of summer. There is speculation that this sudden postponement could be an indication that lawmakers are no longer interested in pushing to provide citizens with a program that allows some legal use of the cannabis plant and that the whole grand scheme discussed in great lengths throughout the first part 2016 may simply get lost in the cracks of a shifty system.

“It looks like he never really wanted it,” Lisa Sánchez, Latin American Manager for the Transform Drug Policy Foundation, told Vice. “It’s either that, or the PRI now considers that Peña is a liability and his opinion is worth nothing from now until the next presidential elections in 2018.”

Earlier this year, during the highly anticipated and seemingly worthless UNGASS meeting in New York City, Peña offered his support for medical marijuana, announcing that he would soon reveal all of the details over how Mexico plans to revamp its prohibitionary policy. The president told the special assembly that he was “giving voice to those who have expressed the necessity of changing the regulatory framework to authorize the use of marijuana for medical and scientific purposes,” which would also include eliminating the criminal penalties for small time pot offenders.

These were bold words for the president, whose previous opinion of legalization was not at all favorable.

It wasn’t long before Peña made good on his word by submitting a proposal to the Mexican Senate aimed at liberating the nation’s drug policy by allowing marijuana users to maintain possession of up to 28 grams of the herb without facing any criminal consequence. The measure would have also lead to the release of those prisoners currently rotting away inside Mexican prisons after being caught in possession of small amounts of the herb.

Although some lawmakers, most of which hailed from the Party of the Democratic Revolution, did not feel the proposal went far enough to remedy the problems stemming from prohibition, the move was considered “a step in the right direction” for the nation.

Interestingly, it was Peña’s Institutional Revolutionary Party that put up the most resistance to the guts of the legislation, making several amendments that Vice News suggests was done to benefit the major pharmaceutical companies. It was these changes made by the nation’s governing party that ultimately caused the Senate to withdrawal its support for the bill.

Last November, the Mexico Supreme Court handed down a verdict, which indicated that that it was aninfringement of basic human rights to prohibit the use of cannabis. Although the ruling only applied to the four people involved in the lawsuit, there was a great deal of hope that this action would influence the nation to consider adopting more sensible policies when it comes to marijuana.

Unfortunately, it appears there is now a distinct possibility that all of the good intentions  Peña has expressed in regards to pot reform over the course of the past six months could end up getting buried in an indefinite state of political purgatory.