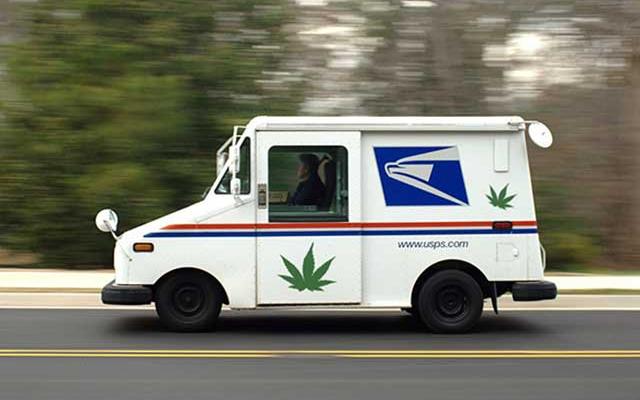 Men Caught Selling Marijuana Through Mail After Including A Return Address

TWO young cannabis “aficionados” were caught growing the drug after trying to post it to a customer in an envelope with a return address.

Matthew Whitton and Jason Wright were caught after Royal Mail sorting staff discovered three packages of the drug which had Whitton’s former address on the back.

Whitton, of Willow Crescent, Consett, and Wright, of High Street North, Langley Moor, both admitted to conspiring to produce a controlled drug.

They were sentenced when they appeared at Durham Crown Court on Thursday, April 21.

The court heard the men, who are both 21, were arrested after police attended the return address on the packages.

Officers continued their investigation and later discovered 17 cannabis plants in the attic of a different property, along with growing equipment.

Their fingerprints were also discovered on one of the packages.

Leemore Brien, prosecuting, said: “A series of text messages paint a picture of two young cannabis aficionados who were dabbling in the early stages of producing cannabis and making a little bit of money here and there.”

Whitton also pleaded guilty to three counts of attempting to supply a class B drug and breaching a suspended sentence, while Wright, a qualified tiler, admitted one count of supplying a class B drug.

The court heard Wright was a keen gardener and had been growing cannabis for about 12 months because he had done research into the health benefits of the drug but wanted to avoid dealers.

He had been smoking cannabis since he was 15 following difficulties at school but had not taken any since being arrested, the court heard.

Judge Christopher Prince said: “You were trading with like-minded people. It was not sophisticated; you even put your own address on the back of the envelope.”

He gave Wight a six month prison sentence, suspended for 12 months and told him to do 200 hours of unpaid work and pay £300 in prosecution costs.

Whitton, who has eight previous convictions, was given a six month prison sentence suspended for 12 months, told to do 300 hours of unpaid work and pay £1,400 in fines and court costs.