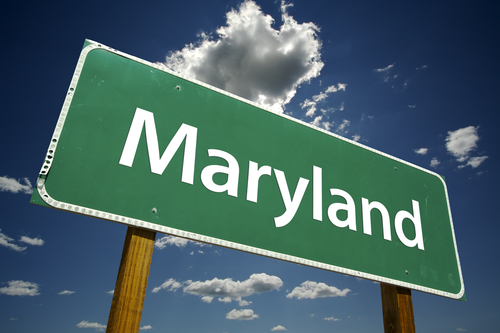 Maryland marijuana finally gets foundations upon which to build

With 19 companies cleared to grow, process and sell the plant, the seeds of the medical marijuana program have literally been planted, four years after the state legalized cannabis for medical use.

In coming months, plants will flower in heavily secured facilities, and be harvested and taken to an independent laboratory for quality testing, with some processed into oils, creams and capsules. They’ll end up available for purchase on dispensary shelves around the start of the new year, according to industry officials.

“This program is launched now,” said Patrick Jameson, executive director of the Maryland Medical Cannabis Commission. “We have growers, processors and a dispensary, and we have a lab. The market will determine how this moves forward.”

So far, only one dispensary – or medical pot store – has been licensed in Maryland, which because of bureaucratic missteps and legal disputes has been slower to launch its program than most of the other 27 states where medical cannabis is permitted. About 100 prospective dispensaries have received preliminary licenses and have until December to get set up, pass employee background checks and undergo final inspections.

Jennifer Porcari is cautiously optimistic that she’ll soon get cannabis oil or a patch to ease her 10-year-old daughter’s epilepsy. Parents of children with epilepsy have long seen medical marijuana as a way to reduce seizures and improve quality of life; some have even moved to Colorado and other states so they can legally obtain the drug.

But Porcari, who has spent years lobbying for legalization, said she won’t celebrate until she has the cannabis in her hands.

“When we are able to go to a dispensary anywhere and pick it up, we are all ready for it,” the Cheverly resident said. “They have spent so much time on it, it’s going to be a great system. We just need it to go, go, go.”

Nearly 13,000 patients have signed up to be able to purchase marijuana, and 428 health-care providers have registered to certify the patients’ need for the drug, according to the commission. But hurdles remain.

Darrell Carrington, a lobbyist for marijuana companies, said some dispensaries are struggling to find landlords willing to lease to a type of business that is still considered illegal under federal law.

And while cultivation and processing centers are generally in more secluded areas, dispensaries are in neighborhoods where they are more likely to face “not in my back yard” resistance – opposition that marijuana businesses and advocates say is misplaced.

“We are talking about places that are going to have less dangerous and toxic things than CVS and Walgreens,” Carrington said. “These are not like coffee shops in Amsterdam where people can go in and hang out for hours. They purchase their medicine and they go.”

Carrington described the sole dispensary that has been fully licensed by the state so far – Wellness Institute of Maryland, in Frederick County – as an “upscale” doctor’s office. It will offer mobile delivery service in high-demand neighborhoods for patients too sick to leave their homes.

But it and other cannabis companies still operate with a hint of intrigue. Wellness Institute’s owner, for example, asked not to have his full name published in this article for fear of drawing unwelcome attention. He said the dispensary will screen out patients who seem to be gaming the system to get high instead of treating illnesses.

At least two of the dozen cultivators that Maryland has licensed currently have marijuana plants growing: ForwardGro, of Anne Arundel County, and Curio Wellness, of Baltimore County.

ForwardGro has been sharing photos of its plants on social media, but executives there declined to say when the company would be ready to sell product to dispensaries.

Curio Wellness, which says its primary focus is research and development, also has marijuana growing.

Chief executive Michael Bronfein said his goal is to have high-quality products that include tinctures – alcohol-based cannabis extracts – and vaporizing pens on the market by mid-December, ahead of any would-be competitors. He’s awaiting approval to open a dispensary that would not only have shelves stocked with cannabis products, but would also have acupuncture rooms and massage therapy rooms.

In Frederick County, black privacy shrouds cover a barbed-wire fence surrounding the Green Leaf Medical center. Armed guards escort visitors into a hallway where a sign reminds employees, who must be drug-tested, “No drugs at work.”

Except, of course, for the marijuana plants that soon will be growing by the hundreds in flower rooms just down the hall. They’ll develop in molten-rock cubes (instead of bug-friendly soil), on top of rows of gray benches connected to an irrigation systemthat delivers water and nutrients.

Chief executive Philip Goldberg wore sunglasses Friday as he walked into the “flower” room, which blazed with golden light emanating from about 100 lightbulbs of 1,000 watts each. He expects to have an annual power bill of about $500,000.

“We have a pharmaceutical-grade facility here, but this plant can grow outside in a ditch. It’s like a weed,” said Goldberg, who decided in 2014 to try to enter the legal cannabis industry. “What we are doing in here is making sure it grows in the fastest, safest and most efficient way possible.”

He said he started his last major company, creating websites and software for businesses, with $2,000 in seed money. He was drawing customers within two months, he said.

For this latest venture, he said, his company has raised $8.7 million in investment so far. And the business has not brought him a single dime of revenue.

Goldberg estimated that he’ll start by producing 320 pounds of marijuana a month. He has signed sales deals with 23 dispensaries.