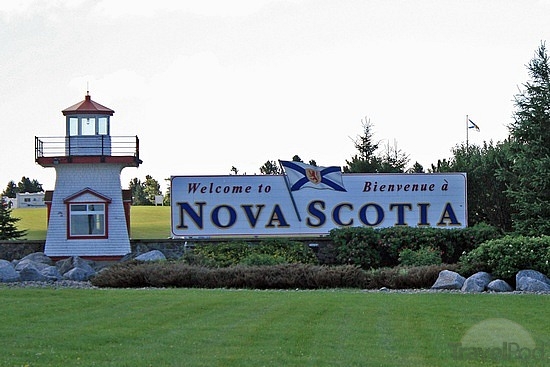 Marijuana Prescription Must Be Covered By Insurance In Nova Scotia

Nova Scotia’s human-rights board has ruled that a man suffering from chronic pain must have his marijuana prescription paid for by his employee-insurance plan, with advocates saying the decision opens the door for patients across Canada to push for similar cannabis coverage.

Gordon Skinner, from a community just outside Halifax, had argued that he faced discrimination when he was denied coverage by the Canadian Elevator Industry Welfare Trust Plan. He has been using medical cannabis to treat pain from an on-the-job car accident that forced him from work as an elevator mechanic more than six years ago.

In a written decision posted online Thursday, the provincial inquiry-board chair found that Mr. Skinner’s plan could not exclude paying for his cannabis because it required a doctor’s prescription. The ruling states that the insurance plan contravened the province’s Human Rights Act, and must now cover his medical-marijuana expenses “up to and including the full amount of his most recent prescription.”

“Denial of his request for coverage of medical marijuana … amounts to a prima-facie case of discrimination,” the ruling states. “The discrimination was non-direct and unintentional.”

In Canada, only veterans, some first responders and a small number of private citizens get their medical marijuana covered by health-insurance providers. That’s because Health Canada has not approved marijuana as a medicine, so insurers are less inclined to offer coverage.

Deepak Anand, executive director of the Canadian National Medical Marijuana Association, said the ruling is significant and could see a number of people apply for coverage through their provincial human-rights commissions.

“If they could start to use this avenue to try to get their employers or insurance providers to start covering it, I think that’s going to be significant and we are going to see more of that,” Mr. Anand said. He said he knew of one other instance where an insurance company agreed to cover medical marijuana – for University of Waterloo student Jonathan Zaid in 2015.

Mr. Zaid, who now heads the patient advocacy group Canadians for Fair Access to Medical Marijuana, said Thursday’s ruling could extend to other medical-cannabis patients that have similar contract language in their employee plans.

“All patients can use this and show the feasibility of insurance coverage and how it’s a human right and how medical cannabis should be treated just like any other prescription medication,” Mr. Zaid said.

However, he added, the exclusion of cannabis coverage from many people’s plans hinges on the drug not having been issued a unique number by Health Canada that identifies its manufacturer, product name, active ingredients, strength, pharmaceutical form and route of administration.

Mr. Zaid said he is hoping Ottawa unveils a legalization framework later this spring that ensure patients have reliable access to the drug, regardless of how recreational marijuana ends up being sold.

Thursday’s ruling states Mr. Skinner must buy his medical marijuana from one of the 30 large producers licensed by Health Canada or a person legally authorized to produce for him.

“I’m elated, I’m still in shock, it’s really still sinking in to be honest with you,” Mr. Skinner said in a telephone interview from his home outside Halifax.

He argued his own case before the board last October after being denied coverage three times, and said he hoped the inquiry-board’s ruling would set a precedent.

“Hopefully, this will help other people in similar situations and eliminate the fight that myself and my family have had to endure and the hardship that this has resulted in.”

The board found that Mr. Skinner’s chronic pain has been undermanaged as a result of the denial of coverage, resulting in “profoundly negative effects on the complainant and his family.”