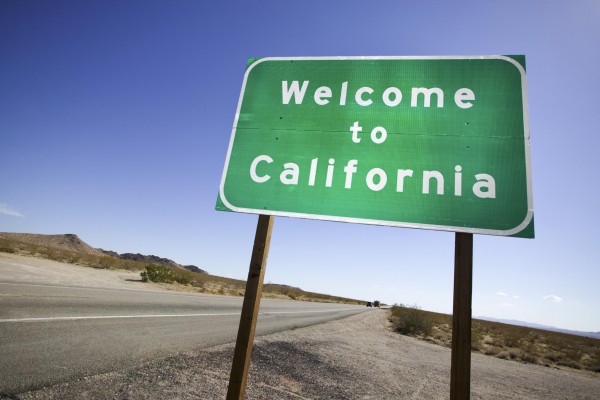 Marijuana Can Still Get You Fired In California

The store is next to ARCpoint Labs of East Denver, which conducts drug testing for businesses who screen prospective workers before hiring them. In Colorado, recreational marijuana has been legal since 2012, but it’s still forbidden by many employers.

That apparent conflict means lab owner Kelly Kirwan sees people regularly attempting to rig their drug tests. Some try to use someone else’s urine (requiring them to reheat the pee for authenticity; sparking the microwave rule at the nearby convenience store), while others try to mix in powders they buy via Internet in the hope of masking pot-positive results.

These schemes unfold because even though marijuana is legal for personal use, workers can still get fired – or not hired or sent to rehab – for having the drug in their system.

“A lot of employees got into trouble,” Kirwan said of the early days of Colorado’s law. “They thought, ‘It’s legal, let’s go smoke Saturday night!’ They didn’t understand that the employer policy still remains intact.”

The same is now true in California.

Voters approved Proposition 64 by a healthy margin on Nov. 8. That means Californians are free to consume cannabis on private property, carry up to an ounce and grow up to six plants at home.

But Prop. 64 also states that employers remain free to test workers for marijuana use before hiring them, or at any point during their careers. And if workers test positive, the law says companies can choose to let them go – even if there’s no indication they were actually high on the job.

Employers who uphold strict drug-free policies even as Prop. 64 is rolled out risk limiting their pool of potential workers. Other companies that relax their rules might face increased liability or reputations as being “stoner friendly.”

Meanwhile, many California workers are in limbo, with anyone who wants to take advantage of their new-found freedoms left to do so at the risk of their careers.

LAW ON EMPLOYERS’ SIDE

“How can you be fired for something that is now legal?”

That’s one of the most common questions Californians are posting to social media and asking over drinks (or cannabis consumption) in the days since Prop. 64 passed.

“People think that they have all of these job protections, but they really don’t,” said Adam Winkler, a professor of constitutional law at UCLA.

Bosses can refuse to hire workers who smoke cigarettes or are alcoholics, he said. Employers can force workers to turn over passwords to private social media accounts, or even let bosses come sleep in their homes every night. The worker’s remedy, Winkler said, is to walk away from the job.

“Employment in the United States is at will,” Winkler said. “That means employers can hire whoever they want, under any conditions they want, with a few exceptions.”

Federal law says companies can’t discriminate based on things like gender, race, age, religion or disabilities. Some states have tacked on additional protected classes of workers, with California adding that jobs can’t hire or fire people based on their sexual orientation, military status or health conditions.

“Marijuana is not one of those protected classes,” Winkler said.

Employers’ freedom to screen workers for cannabis is specifically written into Prop. 64, and it might be a key reason it’s now state law.

The last time Californians voted on recreational marijuana legalization in 2010, authors of Proposition 19 added a clause prohibiting employers from disciplining workers for marijuana use unless their performance was impaired. Nate Bradley, executive director of the California Cannabis Industry Association, called that clause a “poison pill” that doomed Prop. 19 to failure.

Even people who are using marijuana on the recommendation of a doctor for legitimate medical conditions aren’t protected.

In 2015, the Colorado Supreme Court ruled that the satellite TV company Dish Network was within its rights when it fired telephone operator Brandon Coats, a quadriplegic who used medical marijuana in off-duty hours to ease leg spasms.

The California Supreme Court made a similar ruling in 2008, when they ruled that a telecommunications company had a right to fire retired Air Force veteran Gary Ross over his medical marijuana use.

Raymond Marin, 45, knows that scenario all too well.

The Fresno resident inherited a liver disease that limits his ability to process toxins. So rather than turn to painkillers when he hurt his back earlier this year, he got a doctor’s recommendation to use medical marijuana.

When he tried to return to the job he’d held for five years at a local winery, he informed his boss that he would probably test positive for cannabis. He offered up a copy of his doctor’s referral and volunteered to do random drug tests. But when that first test came back positive, he was immediately fired.

Marin not only lost his job that day, he also lost his medical benefits. And because he was fired for drug use, he can’t collect unemployment benefits.

“I’ve even been called a dirty drug addict,” he said. “Now I’m just trying really hard to stay above water and deal with everyday tasks.”

Penalizing workers for marijuana use is complicated by the unique way the drug works in the body and limitations of current tests.

While alcohol and harder drugs like methamphetamine are generally filtered out of the system in less than a day, signs of cannabis use can turn up in tests long after the drug’s mind-altering affects have worn off. That makes it tough to tell whether a worker was impaired on the job or simply used cannabis a couple nights, weeks or even months before.

Since marijuana is stored in fat cells, many factors affect how quickly the body metabolizes the drug, including the person’s tolerance, how they ingested it and the pot’s potency.

Laura Duncan, who has owned an ARCpoint Lab facility in Los Angeles for seven years, said one man who had smoked marijuana chronically for years didn’t test clean until he’d quit smoking for three months.

“We just don’t seem to have the science to detect it in a way that’s useful,” Duncan said.

New blood tests in the works seem to better pinpoint how long it’s been since someone actually used marijuana. But Duncan said California laws over how blood tests are conducted will make it tough for many companies to make the switch, forcing them to continue relying on the urine, saliva and hair tests used by most labs today.

Unlike with alcohol, there’s no clear scientific standard to determine when a driver is illegally impaired by marijuana. Companies and researchers at UC San Diego are working on that, but the science is scrambling to catch up with the law.

For now, every business in California is tasked with deciding whether to continue their current drug-testing polices or update them in reaction to passage of Prop. 64.

Other employers may want to only test some workers, who drive on the job or operate heavy machinery. Still others may decide to test for pot only if they suspect someone is stoned at work.

Still, as legalization has spread across the country, Simon said he’s seen most companies actually tighten their drug policies to protect themselves in the new marijuana-friendly climate.

“I think it depends on the job and the industry, and it depends on what the labor market is like,” said attorney Jim McDonald, who handles labor law as managing partner of Fisher Phillips’ Irvine office.

Some companies may realize they won’t be able to get the number and kinds of workers they need if they block anyone who tests positive for marijuana, he said.

Other employers don’t have a choice, McDonald pointed out. Transportation workers, for example, are required by federal law to have regular drug testing.

As more states legalize cannabis, Winkler said the marijuana industry could become a significant force pushing for federal laws that protect them against discrimination.

But the tobacco and liquor industries – two of the most successful lobbying forces in the country – haven’t had luck getting protections for workers who use their products, he points out. So Winkler thinks it’s “highly unlikely” that marijuana users will ever succeed.